Horror is the genre that everyone likes to dip their toes into every now and then. As Sherriff Bracket says in the original Halloween movie, “I guess everyone’s entitled to one good scare.”

But what if you don’t want just one good scare, but two?

You break out the DVDs, maybe old VHS boxes, and settle in for the evening. Although you like the options in front of you, you also want something fresh. Not exactly the same movie, but you need that recommendation that says ‘if you liked this film, you’ll really love this one’, and sometimes that automated notification at the side of the screen telling you what you’ll like just doesn’t have what it takes.

This is, of course, where this carefully curated list will come in handy. So let’s set up some movie nights for you, with this list of ten suggestions for horror movie double-bills. We’ll start with a famous film, then offer an obscure gem to follow up with.

Let us know if you try any of our suggestions by leaving a comment at the end of this article or tweeting us. 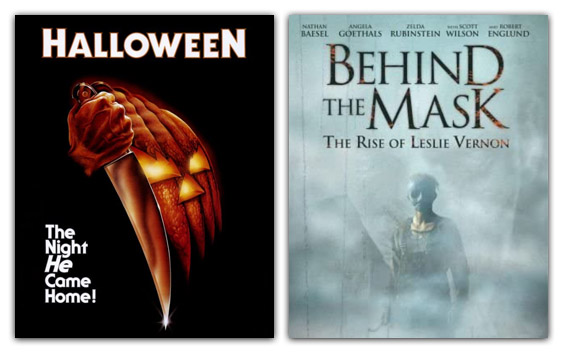 The story of a ‘six year old child with this blank, pale, emotionless face, and the blackest eyes, the devil’s eyes’, who snaps one night and kills his sister, only to break out of the asylum fifteen years later, is the film that said the slasher formula could be repeated, after Black Christmas in ’74 laid out the beats. Halloween sowed the seeds for what was to come, and whilst Terror Train and Prom Night went largely unnoticed in ‘79, the success of Friday the 13th in 1980, and the still continual sleeper growth of Carpenter’s movie, helped to make Laurie Strode, Michael Myers and Dr. Sam Loomis established slasher archetypes.

All of this knowledge has now been ingrained in the cultural consciousness, even if you don’t watch slasher films religiously. This allows Behind The Mask: The Rise of Leslie Vernon to have a satirical, observational potency that makes it so special. A blend of mockumentary and horror, the film follows a young reporter following around Leslie Vernon, a self-professed serial killer in training, willing to give young Taylor and her crew an inside look at the preparation, training, ethos and methods behind being a big-time slasher like his heroes, Michael, Jason, and Freddy.

Not only does it poke fun at the genre, whilst bringing in some genuine academic concepts such as the final girl’s journey throughout the slasher film (as discussed in “Men, Women, and Chain Saws”, amongst other places), but it manages to be both funny and genuinely terrifying. Nathan Baesel’s Leslie is a phenomenal performance, the cameos from Kane Hodder, Zelda Rubinstein and Robert Englund (who plays a Sam Loomis character to Vernon’s Michael Myers) are something special, and it is both the horror fan’s wet dream and a great time for the casual viewer, making it a worthy pairing for an essential horror film.

Recommended for you: The ‘Halloween’ Franchise Ranked 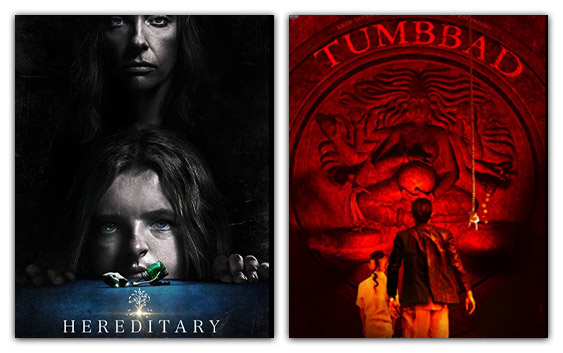 Whereas the slasher film had an obvious angle to go for, the connection between Hereditary and Tumbbad isn’t as easy to spot. With a film like Hereditary, a modern horror sensation following the ghostly and demonic activity surrounding a family with enough troubles of their own, it would be all too easy to pair it up with another film going off a paranormal, demonic, or folk-horror element. On another day, something like The Devil Rides Out (1968), or even Night of the Demon (1955) might be a perfect fit.

But Hereditary is more than just its genre. As the name suggests, it’s deeply concerned with family, and the curses and ills that can pass down from one to another through the ages. It’s on this side of things that Tumbbad, a dark fantasy/horror from India, is a wonderful compliment. Split up into three sections over thirty years, it focuses on a man’s interaction with a fallen deity, and the price of taking too many liberties in the pursuit of wealth and greed.

With breathtaking cinematography and a long, drawn out narrative that takes its time to pile up the atmospherics, it’s incredible that it was made for just $700,000 (approximately). Both films take a supernatural approach to drawing upon themes within their narratives – grief in Hereditary and greed in Tumbbad – and the horrific effects that these can have on the characters and their families. Both brooding, thoughtful pieces, they make for a great Halloween horror double bill for those who aren’t up for a crash-bang-whallop of an evening, but want something more measured and, in some ways, more epic.