The Film Magazine, Ltd. is an independently owned business based in the United Kingdom. As a collective of film scholars and aficionados, we are intent on making a safe space for film fans, critics and academics to engage with thought-provoking and insightful articles on cinema big and small, and have throughout our history embraced analytical thought and critical insight across our output on both thefilmagazine.com and our social media platforms.

As a not-for-profit organisation – all the money we make from merchandise, advertising and partnerships is recycled directly into growing our brand – we have made a conscious effort to separate ourselves from our competitors by focusing on entertaining and enlightening film journalism that lives up to a standard that our readers can trust to be of the highest calibre.

The Film Magazine started out as a lofty dream shared between close friends in our graduating year at a UK university in the Summer of 2012 and blossomed into an active Tumblr blog by the Summer of 2014. Originally founded by a group of 7 avid film watchers of the so-called “lost generation”, our group of graduates began raising funds through the sales of movie-related merchandise at redbubble.com. With our love and knowledge of the industry ever-expanding, we promoted our new brand across a wide range of social networking sites and quickly raised the money needed for us to create this website, thefilmagazine.com.

thefilmagazine.com was developed and launched by Kat Lawson, Rebecca Seghini and Joseph Wade in February 2015, and has since served the internet with intelligently constructed and unique perspectives on cinema. During our time on the world wide web, Joseph Wade has overseen The Film Magazine at all levels, from web design to marketing campaigns, organisational aspects to social media, and has been the website’s Editor in Chief since 2015. Joseph Wade is a Masters Graduate of Contemporary Cinema and Television, and has been an editor of online publications since 2013.

Now boasting a team of 15 writers and enjoying collaborations with freelance contributors who uphold the inherent standards of The Film Magazine’s output, thefilmagazine.com now releases new articles each and every day, ensuring that we are not only at the forefront of insightful and intellectual film reading, but that we are amongst the most timely too.

Simply put, we’re here to try and make our own way in the world by creating discussions around the things that we are educated in and love the most: movies. 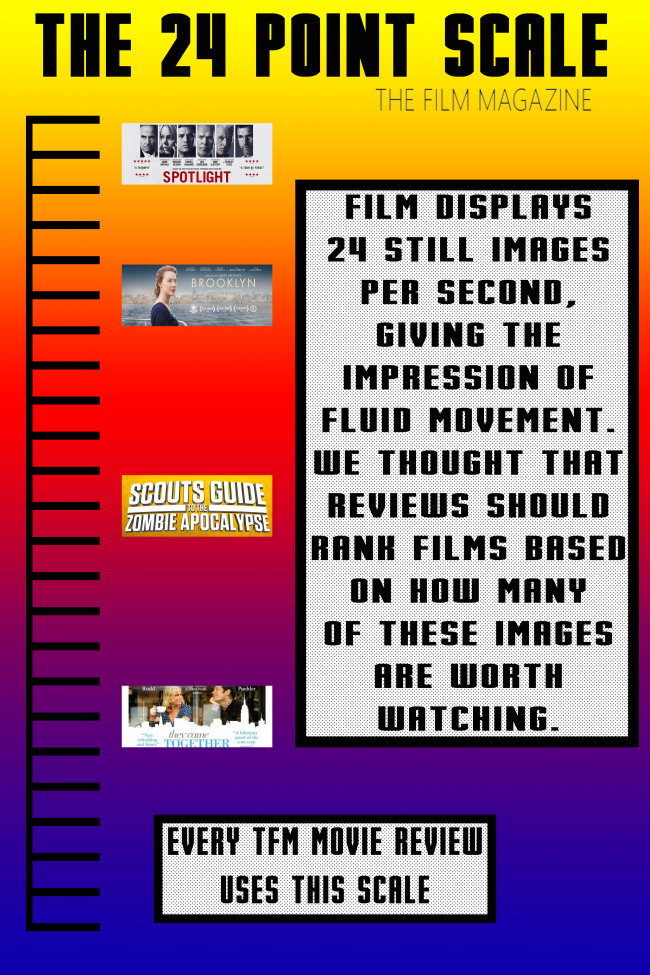 Whether you’re a frequent website visitor or a “follower”/”liker” of one of our social networking sites, your custom is more valuable to us than we could possibly explain. It is because of you that we exist. Nothing is more important to us than continuing to cultivate a space to enjoy film reading of the highest quality.

Thank you for making all of this possible.

For any unanswered questions, please refer to our FAQ page.

The Film Magazine Ltd. is a brand of online magazine that provides in-depth, insightful and engaging content regarding cinema.

We offer movie reviews on the good, the bad and the ugly of old and new films, as well as discussion stirring features like Ranked and coverage of the film industry’s major news stories.

For information about our journey and why we rate films out of 24, check out our About Us page.

Apply to join our team!