After last week’s one-off special piece – 5 Films I Walked Out On – I thought that I’d continue the trend by creating this special one-off piece: 5 movies that were surprisingly good. This week, I’m going to outline five movies that were surprisingly enjoyable in one way or another and hopefully encourage you to give these movies a chance too. As this is an opinion piece, I’m sure there’ll be some debatable choices and it’s fairly certain that some of you may believe some of my choices to be daft given how successful some of the movies were, but I’m going to do my best to explain why they were such a surprise, so here we go! 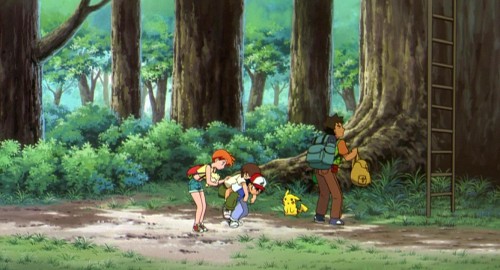 I’ve always been a fan of Poke’mon, admittedly, but I never thought that one of the movies would hit me in quite the way that Poke’mon 4Ever did in the spring of 2014 when I finally got around to watching it. You see, as an avid fan of the games and an almost religious watcher of the TV series growing up, Poke’mon 4Ever changed everything. Everything! Not only did a Poke’mon die – I mean, come on, that’s hard enough to handle Nintendo – but it was revealed that a secondary character who had helped Ash throughout the movie was, in fact, a time travelling Professor Oak. No f’n way! This meant that when Oak was a kid, he met a kid in the future called Ash who had a Pikachu and the rest of it. He then grew to be the professor he was and knew that one day the Pikachu he had would become Ash’s Pikachu. Mind. Blown. It was as if everything I knew about Poke’mon was enhanced by this one very simple plot twist, making my enjoyment of the film far superior to what I could’ve ever expected, and earning it a spot on this list. 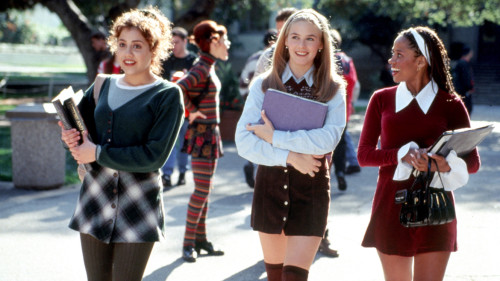 I’d spent 24 years of my life hearing about how wonderful and awesome Clueless (1995) was, that I simply rejected the idea of ever watching it. I mean, what does a man in his twenties have in common with a film about teenage girls from the mid-90s anyhow? I was 4 when this movie came out! Even so, I reluctantly picked Amy Heckerling’s movie as my Netflix choice for the evening in an attempt to finally understand the references and confirm in my own mind just how below average it was. 97 minutes later and I’m almost entirely infatuated with it. Why? I couldn’t really tell you. Perhaps it was Alicia Silverstone’s flawless performance and ultimate cuteness, or Paul Rudd, or even Brittany Murphy as I’d never seen her before? Maybe it was the perfect mix of dumb blonde and super intelligent teenager that the Cher character portrayed? All I know is that I sat down wanting to pick this movie apart and I simply couldn’t because it was way too good. If you’re in the same boat as I was… watch it! You won’t regret it. 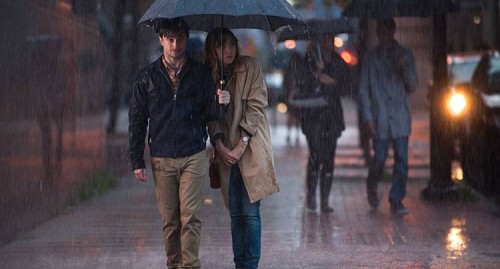 Ever put on a movie with the intention of using it as background noise and a bit of light entertainment while eating, working, etc.? Because I do, and What If was supposed to be one of those movies, but things didn’t turn out that way. Instead, the movie starring Daniel Radcliffe and Zoe Kazan (of whom I’m a huge fan), took me by surprise as a well put together, charming, and funny rom-comedrama that I couldn’t help but to become glued to as the story unfolded. Sure, it was very much like the other movies in its genre and there wasn’t that much I could point to in order to illustrate why it was more enjoyable than its vast sea of compadre’s, but What If holds a special place in my movie-loving heart anyway. What If, a surprisingly good movie for its genre. 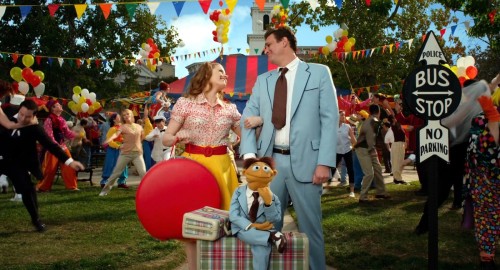 My mother was never a fan of The Muppets and we (my brother and I), as children, never really watched The Muppets on television or video… later DVD. In fact, the most exposure we had to the brand was through an Australian release that we got as a present from our Great Uncle who lived there – it was hardly the best way to get into things I must admit. But, when The Muppets was re-released under the Disney banner, I got dragged to the cinema by a couple of friends with the premonition that I’d hate it. Man was I wrong! The Muppets (2011), written by Jason Segel and directed by James Bobin, was everything I look for in a comedy – it was self-conscious, it broke the fourth wall at the right times, and it was funny! Seeing this movie in the cinema was one of my favourite cinema going experiences ever because of my shock with regard to the quality of the movie and the resulting fandom that followed it. With a heart like nothing else you’ll ever see, and some of the funniest and cutest moments in any movie (in my opinion), The Muppets is my number 2 most surprisingly good movie.

The 2012 glee-club based comedy Pitch Perfect, directed by Jason Moore, was about as far from my tastes as I could possibly imagine. A pseudo-musical of a glee club… Nah. I’ve never been one for musicals – as last week’s post illustrated in my expression of disinterest regarding Burlesque (2010) – and I was certainly never a Glee (the TV show) fan. Before seeing Pitch Perfect in the winter of 2014, I wasn’t even that much of a fan of Anna Kendrick… unbelievable I know! But, this glee club comedy that verged on a parody of the TV show, was fantastic. It was funny, it was well performed by its stellar cast (most notably Rebel Wilson), and most importantly given its sub-genre it was ‘feel-good’. In fact, I’d challenge anyone to find a film that clearly out performs Pitch Perfect in the ‘feel-good’ category because I’m almost certain that there isn’t one. I am so glad that I watched this movie!