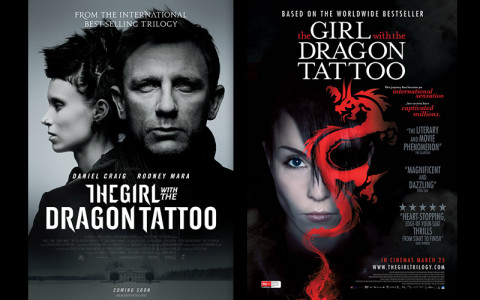 Although many thought that this was a remake that was unnecessary after only a short time since the original was released, there is no denying the talent of David Fincher as a director. The original is great, and what David Fincher set out to do was bring it to an American audience with a movie that does not fall short. Like many Fincher films, The Girl With a Dragon Tattoo is very character and dialogue driven, and it is definitely not a film for everyone, but if you are a fan of the books, a fan of the original or simply just a fan of David Fincher it is definitely worth a watch. Many criticised this remake saying it was too Americanised, but the way I see it is if you remove it from its original and judge it as a stand alone film, then it is a great piece of film making from Fincher and deserves a spot on this list. 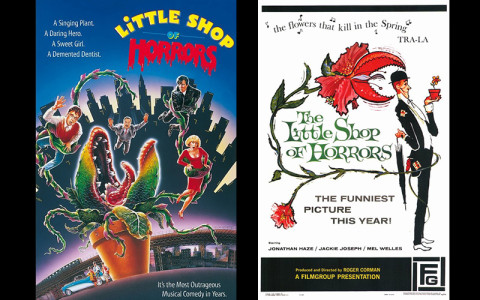 The original Little Shop of Horrors was a little B Movie from 1960 and is now considered a cult classic. The story of the 1986 version is the same – a man eating plant from outer space – only this the 80s version had an incredible cast and was a musical. Again, the 1986 version has become somewhat a cult classic, but there is no doubt that it is an incredible film. The music is fun and and well written and the acting is brilliant, especially the little cameos from Steve Martin and Bill Murray. It is a film that will stay with you for a long time and one that you will keep going back to with a fondness. It has a heartfelt story with an insane sci-fi twist, and is simply good fun. Is it better than the original? Who’s to say really, as although they’re practically the same, the two are so different and fantastic in their own right. 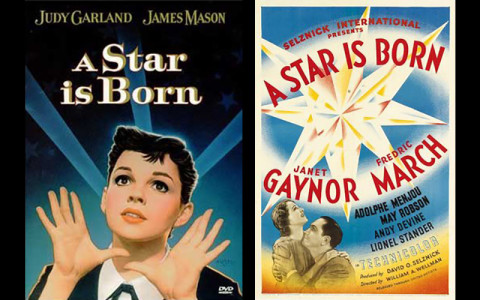 The 1954 version of A Star is Born is not the only remake of the 1937 film but it is the one I want to talk about. As good as the original is, what makes this version s special is Judy Garland as she completely steals the show with her voice and her acting ability. In the film she is mentored by an alcohol dependent actor and at the time it was Garland herself that had the drug and alcohol problem making this performance all the more poignant and impressive – the story on the screen and the real life story are completely intertwined and that only enhances the experience of watching this film. Although a musical, it is full of heartache and tragedy and it is an example of film mimicking reality in such a way that you feel everything from Judy Garland as she sings ‘The Man Who Got Away’; and it’s that which makes this version top the others.

The Fly is David Cronenberg body horror at its best. Horror is a genre that more often than not does not work as a remake but The Fly is an example of one that may be better than the original, although the 1958 version starring Vincent Price is definitely worth a watch. Advanced make up and special effects however help the remakes’ cause, and it because of this that it redefines the word ‘creepy’. It is an oddly perfect combination of romance and sci-fi horror, focusing on the relationship between Jeff Goldblum and Geena Davis, something that is different from the original. Jeff Golblum gives and incredible performance, and he is able to act through the heavy make up and still convey great emotion. The Fly is more than just a gross out horror, it has a human relationship at its core and strong character development which is something that is extremely rare in this type of movie; it stands up as one of the greats in the sci-fi horror sub-genre. 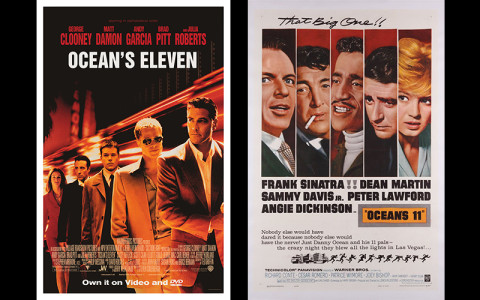 This is a film that is hard to compare as both are probably equally as good. Let’s start with the original, an all star cast with the Rat Pack which focuses more on the characters; it is more about their lives and why they need the money after the war than how they get it. The 2001 version is a more slick and fun heist film, but that does not make it any less good. Let’s face it… with a cast of George Clooney, Brad Pitt, Matt Damon, Andy Garcia, Julia Roberts, Casey Affleck and Don Cheadle (just to name a few), where could this film go wrong? The answer is, it couldn’t. Oceans 11  did exactly what it set out to do, to be a compelling and enjoyable film. Not to mention that it spawned two more films from its success. This is a brilliant remake and one of my personal favourites on this list. 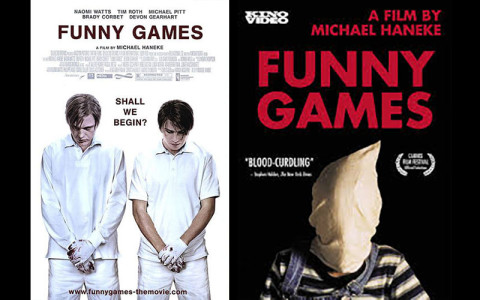 Just like how George Miller has decided to remake his own film Mad Max, Michael Haneke did just that for Funny Games. He brought his dark and disturbing horror to a more American audience, and to date it’s his only English language film. The 2007 version of Funny Games is almost a shot for shot remake of the 1997 original, and it certainly lives up to the original in many ways thanks to the cast of Naomi Watts, Tim Roth, Michael Pitt and Brady Corbet, who each give outstanding performances. The 1997 Funny Games was shocking and disturbing, and some may ask how it’s possible to reacreate that shock a second time, but what Haneke did perfectly was transfer everything into a familiar environment for an American audience making everything that little bit closer to home – it is so easy to distance yourself from something ‘foreign’ but put that in a setting you recognise and it’s a whole different story. Funny Games does not stick to the normal conventions of horror, and in true Michael Haneke fashion the audio and visual storytelling is like no other (anyone who’s seen any of his other work will know exactly what I mean). He refuses to cater to expectations and the 2007 remake of Funny Games is no exception. 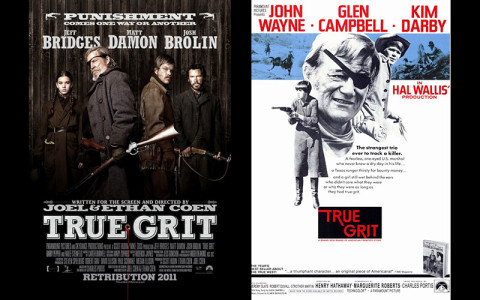 It is hard to think that an attempt to remake the John Wayne classic True Grit would work but if anyone was going to be successful in this challenge it was going to be the Coen Brothers, who can be considered some of the best film-makers of our time. It has all the elements of an old classic Hollywood western but for a modern era, it is beautifully shot and everything from the sets to the costumes looks authentic. You can really tell with this remake that the Coen Brothers are trying to do justice to its original. What really stands out, however, is the performances from the cast which are just incredible, and even earned Jeff Bridges and the young Hailee Steinfeld Oscar nominations. Not only did it do justice to the original 1969 film, it also acted as a revival for the Western genre that had been ignored by Hollywood for so long, earning its place at number four on this list.

The 1925 Ben Hur was a silent movie and it was in fact the most expensive silent movie ever made, particularly because of its chariot race scene; sound familiar? In the 1959 remake this famous scene is an almost shot for shot replica. So what is good about the remake then? Well its 11 Academy Awards may be able to tell you. Ben Hur defines what an epic should be; it was a cinematic triumph of creativity and visual effects. Ben Hur was executing things that had never been done before in the history of film, and as a result cost a then record breaking $15 million ($127 million in today’s money) to make. What makes this film so incredible is that it was able to accomplish such complex and visually stunning action sequences without the use of any special effects, and when you watch the film it is not uncommon to think… ‘how was that even possible?’ They just don’t make films this way any more.

The Scarface remake and original were both films of their time. They had the same themes but were executed in very different ways. The remake could not be more of an 80’s gangster film if it tried, and the original has that classic slick talking Al Capone style that was the epitome of the 1930’s and 40’s. But, if you had to ask what was the one thing the remake has over the original, it would have to be Al Pacino giving the performance of a lifetime. There will be very few people who don’t know the line ‘Say hello to my little friend’, for example. The 1983 Scarface is by far more bloody and brutal, but like I mentioned before it is a product of its time; cinema had become far more daring since the original and therefore the remake was able to do something that the 1932 version never could. The Scarface remake has now become a modern classic and therefore sits proudly in the number two spot on this list.

The Departed is the film that bagged Martin Scorsese his first ‘best director’ Oscar and is probably one of the greatest films of recent times. It was based on a film made in Hong Kong called Infernal Affairs, and the premise of the story is pretty much the same, with Scorsese making only a few tweaks to make it relevant to western audiences. This is the only film on this list that did not take its name from the original. The Departed combined a cast of young talent and long-established names to create characters that are simply brilliant. Every single person on screen, no matter how small their part, made a lasting impression; something that marks the sign of truly great writing, casting, and acting. The Departed is an outstanding film, I can not say that it is better than the original as both serve a very different purpose, but on its own it is simply spectacular. Scorsese took an already great story and developed it into a masterpiece… the best remake of all time.