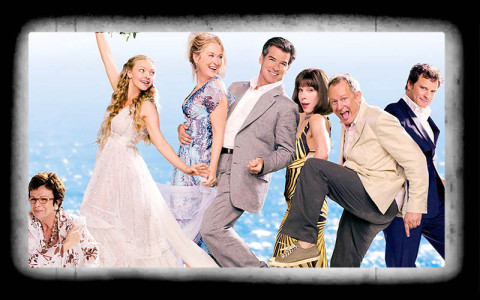 Mamma Mia is the ultimate feel good movie with a soundtrack that everyone can sing along to. Based on the Broadway musical, it combines the uplifting music from Abba and the beautiful location of the Greek islands, and is simply fun. Where in many cases it may be considered a guilty pleasure, it is a film that does not take itself too seriously; it is meant to be enjoyed and that is what makes a good musical. To top this all off it has an all-star cast with the one and only Meryl Streep as the lead, and even though at times the singing is down right terrible, it doesn’t even seem to matter when a film is this enjoyable. Mamma Mia had cinema audiences clapping and singing along, that is a sign of a hit.

Recommended for you: 10 Best Films of All Time (According to a 9-Year-Old Girl) 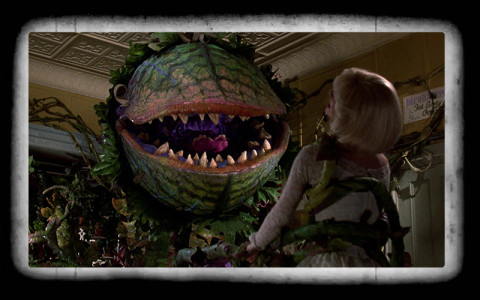 Little Shop of Horrors is a brilliant, weird, tongue in cheek musical based on the black comedy of the 1960’s and the Broadway musical. The perfect casting of Rick Moranis as the nerdy Seymour and Steve Martin’s cameo as the evil dentist make just two of the amazing characters in this wacky story. At its core it is a boy likes girl story, but throw in a giant man eating plant and that’s what makes for an interesting musical. The sci-fi element of Little Shop of Horrors has the feel of an old B-Movie and the music seems to come right out of the 50s. 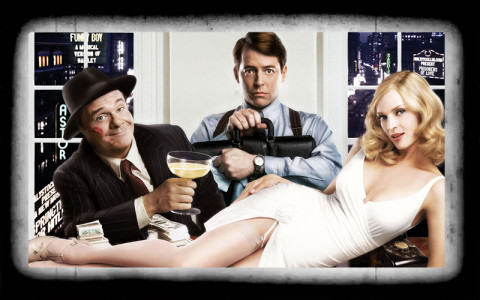 Where as most of the films on this list are adaptations of Broadway shows, nothing seems to get as close as The Producers, even down to the casting of Nathan Lane and Matthew Broderick as the leads. The Producers feels like a classic musical, in particular its styling (the bright colours for example), it has big musical numbers and it feels like a stage show in front of the camera, which in many cases would not work at all but with The Producers works only to enhance the experience. The script is funny and does not stray from the original stage show, the songs are big and the cast is brilliant. 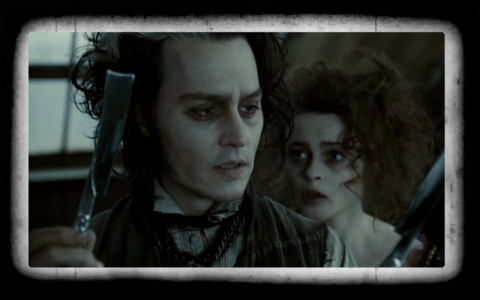 If anyone was going to adapt the dark and gory stage show of Sweeney Todd it was going to have to be Tim Burton – his quirky and Gothic style compliments the story without overpowering it. Even though it is gruesome and full of blood, Burton brings an elegance to it so that it does not feel overwhelming. The songs are great and the all star cast led by Johnny Depp, Helena Bonham Carter and Alan Rickman are incredible, even if their singing is not the best. The film looks like it has come right out of a Penny Dreadful and that suits it perfectly. Tim Burton has certainly done the stage show justice with this adaptation and, in fact, it is probably some of his best work as a director.

Recommended for you: Every ‘Sweeney Todd: The Demon Barber of Fleet Street’ Song Ranked 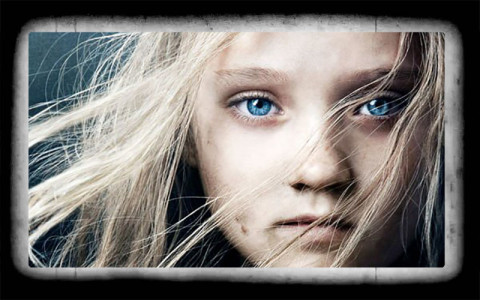 Les Miserables is a breathtaking and emotional stage show that has transcended into an emotional film. Tom Hooper’s direction, cinematography and art design decisions truly capture the heart of this story perfectly. Also, the decision to have the actors sing live instead of a pre-recorded soundtrack is not only something that makes this film unique but intensifies the passion and emotion of the characters. Hugh Jackman as Jean Valjean carries the film superbly, and the supporting cast of the likes of Anne Hathaway, Russell Crowe and Eddie Redmayne are just as incredible. The film did not stray too much from the stage show and as a result it felt like a theatre experience in the cinema. 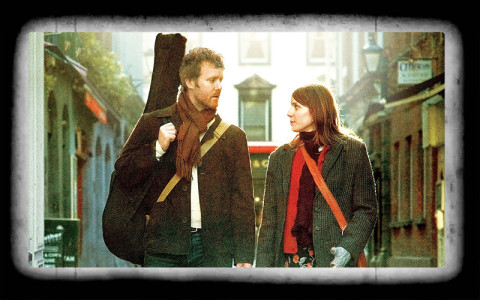 Where as many of the films on this list are screen adaptations of popular stage musicals, Once is the exact opposite. It started out as as small Irish indie film and is now a hugely popular West End and Broadway musical stage show. The beauty of Once is its simplicity. There are no big musical numbers nor is it over theatrical, it is just two people expressing their emotions through song. The entire soundtrack is made up of original songs written by the two stars of the film Glen Hansard and Marketa Irglova, and are beautiful yet simple pieces that work to completely sum up the emotion of the film. The film feels organic and the music is inserted naturally into the story, so even people who shudder at the thought of watching a musical could enjoy Once. 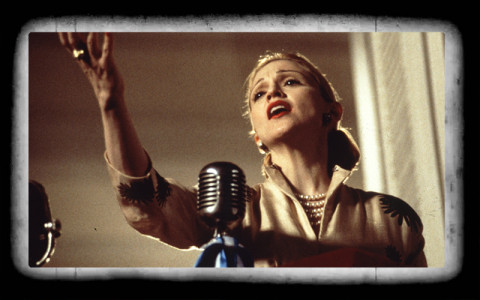 Evita is an adaptation of the Andrew Lloyd Webber stage musical that is famed for its music, story and edge. It is based on the life of Eva Peron, and translating it to screen was going to be no easy task. However, the film Evita turned out beautifully and is one of the greatest musical adaptations of modern times. The success of the film however, can mainly be credited to the cast and, in particular, the casting of Madonna as Eva. Since the story is almost completely told through song it seems natural that they would choose someone with a strong voice to carry it, but who could have predicted that Madonna would have acted the part so incredibly? She completely owns this film and makes the part her own; she is completely captivating and her performance is what makes Evita so great. 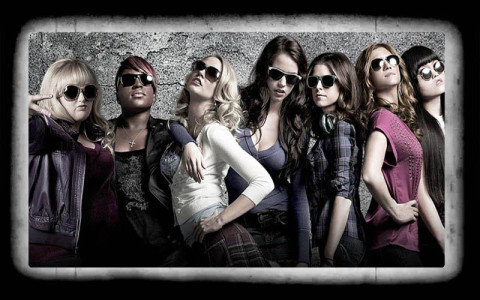 Pitch Perfect is the perfect musical for modern times. It is not an adaptation, it is something completely original and all round fun. Upon its release, many people went in to this expecting something along the lines of Glee, but Pitch Perfect defied all expectations and was something funny and cool, and thoroughly enjoyable. The musical numbers are relevant to the story; it is not the typical classic musical where they burst into song at any given moment. The characters are interesting and captivating and easy to relate to, not to mention Fat Amy being laugh-out-loud funny. The script is clever and the comedic timing is spot on. 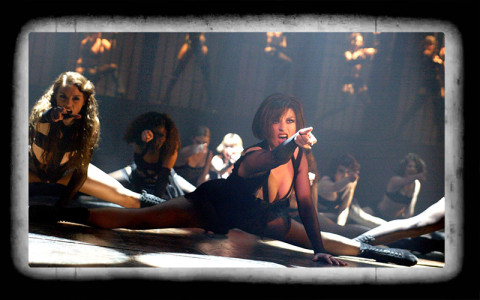 Chicago is the multi-Academy-Award-winning film which is an adaptation of the Broadway stage show. The film is a masterpiece; everything from the expertly crafted costumes and sets to the beautiful cinematography and the incredibly talented cast come together to make one hell of a good film. It has been said by many people that the film actually turned out better than the stage show and that is a rarity in stage-to-screen adaptations. The style of this film works perfectly to capture the era and the story entirely. The dark black and red colouration that seems to run through the film highlights the violence, passion and desperation of the characters and sets the mood for the intense and seductive narrative. Chicago has the feel of a classic movie musical but with a modern style, and it comes in at number two on this list. 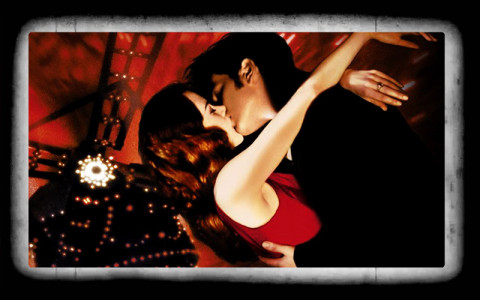 Moulin Rouge! is like no other musical on this list – it was something new and inventive – and with director Baz Luhrmann in charge it was always going to be something creative and beautiful. Moulin Rouge! took the style of a classic musical and Greek tragedy, and combined them with popular songs that everyone knows such as Elton John’s, “Your Song”. It is this mix of classic and modern that makes the film so unique. It’s a highly stylized and colourful film, with a great story and interesting larger than life characters. Luhrmann created a musical that no-one expected and sparked off a new era of modern musicals. Whereas many musical films are still adaptations of stage shows, Moulin Rouge paved the way for originality and is still loved more than 10 years after its release. Moulin Rouge fully deserves the number one spot on this list.