2018 seems to have created a gulf in the cinematic landscape of the globe, with the Americanised ideals of instant access, cheaper cinematic experiences and movies for everyone by everyone coming to loggerheads with the preference to see film as an art form which should be exhibited theatrically in Central Europe, with Netflix and the Cannes Film Festival heading up each side of the argument in a controversial confrontation that has everyone from CEOs to Steven Spielberg chiming in on exactly what it means to count as cinema. 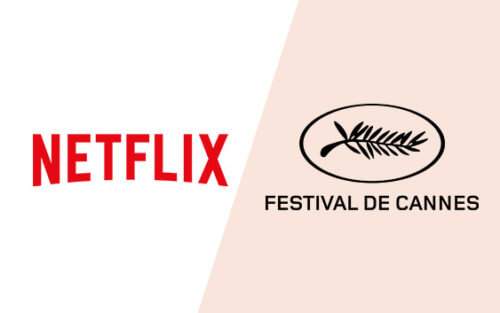 After a string of controversy followed Netflix’s competition entries The Meyerowitz Stories and Okja not being released theatrically in France following their entry into Cannes in 2017, Festival de Cannes director Thierry Frémaux declared that if any company was to enter the competition in 2018 and beyond, that they would have to abide by competition rules which declare the need for a theatrical release in the nation of France. This became problematic for Netflix because French law dictates that there must be a 36 month (3 year) period between theatrical exhibition and a streaming release; a rule which undermines the very nature of the streaming giant’s entire business.

In response, Netflix pulled all of their films from the festival – not just from the competition which imposed such rules, but from every aspect of the festival. Netflix’s Chief Content Officer Ted Sarandos was quoted as believing that a theatrical release is a rule of elitism that goes against the very fabric of what makes up a film festival, while Cannes were seen as aiming to preserve the theatrical experience and artistic recognition of the art form they celebrate. In short, this was a battle ignited by, and continuing as a result of, two organisations being desperate to preserve their meal ticket, and as a result there will not be a single Netflix movie on offer at Cannes in 2018, including Orson Welles’ unfinished The Other Side of the Wind and new movies from Gravity director Alfonso Cuarón and Jason Bourne director Paul Greengrass – this despite Cannes director Frémaux’s insistence that he holds the desire to feature said films at the festival, in and out of competition.

It’s an issue that has seen the filmmakers themselves, many of whom hold considerable pulling power in the industry, openly discuss the need for a compromise between the two parties, and given their vocal opposition to the ongoing feud, such problems may prove to be troublesome for Netflix in their current pursuit of high-end, reputable cinema made by art-house film directors, though it must be asserted that the effects of this feud have the potential to reach beyond Netflix and Cannes and into the always evolving debates regarding film, art, and film as art.

Steven Spielberg, a current Academy governor, was recently quoted as saying that he believes films made for streaming services should be considered exclusively for TV awards shows like the Emmys, and not the Oscars, proclaiming releases on such services are “TV movies”. It’s an arguable point given that the very meaning of cinema is derived from the theatrical exhibition of film, and provides one side of a debate that has split film fans, theorists, critics and filmmakers for as long as streaming has been around, but not a single filmmaker-celebrating festival or awards show has taken an uncompromising stance on either side of the argument, until now.

In Cannes laying down the law regarding exhibition being a prerequisite to qualification to their competition, the festival has given more credence to Spielberg’s opinion and that of many cinema purists, and has increased the possibility that such a stance could be taken by more major festivals and academies moving forward.

For Netflix, this could prove to be a hammer blow, as being an up-and-coming distributor comes with the desire to gain recognition from such prestigious festivals as Cannes in order to attract consumers and possible partners to their platform. Any dismissal from Cannes, or elsewhere, will only reduce the likelihood of the likes of Cuarón and Greengrass ever entering into partnership with the streaming giant again, especially if Netflix’s stance becomes popularly recognised as being anti-cinema around the world as it is currently seen as being in France, and will therefore reduce the quality of the output on offer at Netflix, in-turn presumably reducing the amount of subscribers and deeply effecting the streaming channel’s financial viability.

In contrast, the effect this could have on Cannes could also be somewhat catastrophic as more filmmakers will be turned away from the festival in the wake of their new-found partnerships with streaming services, many of which offer larger budgets for original productions or simply pay the most at auction for independently made films sold at Cannes or elsewhere. This would of course reduce the validity of Cannes’ awards – as if there are less filmmakers able to qualify, the winners can hardly be considered the world’s best – and each year will thus bring the festival’s merits into debate, reigniting conversation regarding elitism in film and the art industry as a whole, but undoubtedly leaving the festival in a position of less strength should they land on this side of the coin.

While a lot of this is mere speculation at this point, and the actions surrounding the debate remain in their very early stages, the approach to cinema in France this year has risen a number of valid points regarding the future and preservation of film in the artistic space. Is cinema still cinema if it’s seen on your TV or handheld device? If so, does there remain a need for said cinema to be exhibited like other art forms? Let us know whether you’re pro Netflix or pro Cannes in the comments.