“Do TV and no one will ever take you seriously again.” Jack Donaghy, Alec Baldwin’s ’30 Rock’ character in the show’s 100th episode in 2011.

Once upon a time, if ever a well-known movie star popped up on TV – which was renowned for paying less, carrying less kudos, and being less accessible – the sound of their career circling the tubes accompanied it. The concept was even lampooned by Alec Baldwin in ’30 Rock’ – Alec himself had been an Oscar-nominated actor (best supporting actor for 2003’s The Cooler) and resorted to television in 2006, an era in which a move over to TV from film was a nail in the coffin of a serious acting career. But, ten years on, series are peppered with A-list actors doing meaningful work; reaching a larger viewership and critical acclaim. But, why the shift in opinion?

When Bill Paxton debuted in ‘Big Love’ in 2006 (HBO) as a Mormon husband, and Patrick Dempsey donned the scrubs to be “McDreamy” in ‘Grey’s Anatomy’ in 2005, they attracted a great deal of attention because many considered these to be moves that signalled an end to their chances of being the leading man. Movements the other way seemed to prove this thought, with people like George Clooney being the largest pieces of evidence. Clooney started in ‘ER’ and skyrocketed to fame and fortune by jumping out of the tiny TV ship and onto the film galleon. 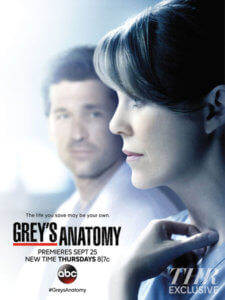 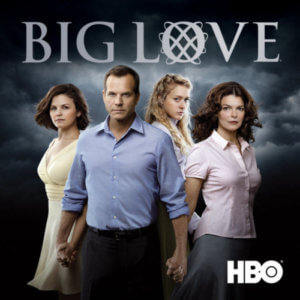 That jump – from TV to film – is still considered to be a great acting move. Bryan Cranston and Chris Pratt both flourished moving from ‘Breaking Bad’ and ‘Parks and Recreation’ respectively, to seemingly meatier roles. Throwing it back some years, Jennifer Garner (‘Alias’) and Jessica Alba (‘Dark Angel’) moved from cult TV to mainstream film. Some succeed. Some don’t. Eva Longoria’s film career [remember the film where she played a dead woman who haunted her ex’s new girlfriend?] didn’t do nearly as much for her as her time on Wisteria Lane in ‘Desperate Housewives’, and Ginnifer Goodwin moved back to TV following her forgettable gig in He’s Just Not That Into You (2009). Then there are some, like Alyson Hannigan, whom straddle the line of film actor and TV actor – she was Willow in ‘Buffy’, yet she was also Michelle in American Pie at roughly the same time.

Historically, it has always been the case that some films opt for TV actors to secure financing. Choosing a well-known face from ‘How I Met Your Mother’, let’s say, may have given Forgetting Sarah Marshall a bit of a box office boost, or pairing SNL stalwarts Tina Fey and Amy Poehler together in Baby Mama may have given the film the life it needed (the concept alone, probably not so much). Partly, this could be down to the fact that TV and film are made differently. The pressures on the actors are different and the schedules vary. TV is considered to be the ‘boob tube’ to pass a few hours, while the cinema remains an outing, even in the day and age of streaming services and ever-decreasing times between theatrical presentations and home video releases.

The TV show ‘Damages’ is an interesting example. Glenn Close heads up the cast as ruthless lawyer Patty Hewes and with support from the likes of Ryan Phillipe, Ted Danson, John Goodman, and Lily Tomlin, each of whom is primarily known for being an actor on film. The show drew acclaim and appeal on the fact it had cast film actors for a more “cinematic” TV show.

But the TV renaissance hasn’t stopped at film actors. Rihanna was on Bates Motel; Lady Gaga and Stevie Nicks on American Horror Story. The kudos of TV has been renewed. So, why is this?

The answer probably boils down to Netflix. Or, at least the way we have evolved our watching habits.

Instead of tuning in weekly, we can binge-watch television in one go. The TV show is more like a TV Event, consumed at our will and much less likely to be forgotten about as time goes by. ‘Game of Thrones’ is a great example of event television for many reasons, not least visually, offering a product that can be binged but also enjoyed in the more traditional weekly format due to an embrace of spoiler culture that ensures avid watchers will tune in at the time of airing. As far as actors are concerned, the show debuted with a cast of unknowns and a few notable names who hadn’t had a great deal of success in film (Lena Heady, for example) or were lacking the star power to be the front-person (Sean Bean), yet the amount of power the show has gathered, the likelihood that their screen time is greater and the fact that the actors are in the public’s conscience for up to eight years, makes TV an attractive offer for actors in particular. ‘Game of Thrones’ is probably better known the world over than any of 2014’s summer blockbusters. Emilia Clarke’s ‘Game of Thrones’ TV success was used as a sell-in for Terminator: Genisys and Me Before You.

From Matthew McConaughey’s star turn in ‘True Detective’ to Kirsten Dunst in ‘Fargo’, Reese Witherspoon in ‘Big Little Lies’, and Drew Barrymore in ‘Santa Clarita Diet’, big A-list Hollywood actors have made the steady exodus over to television. TV is different now and the fact that film actors are opting for TV roles shows that the power of TV has returned and, more importantly in regards to the purpose of this article, that actors are able to embrace it as a potential boost to their career. While it’s difficult to imagine a Matt Damon or Brad Pitt heading up a TV cast just yet, the lines between film actor and TV actor have certainly been blurred and the glass ceiling for TV actors seems to no longer exist.