2018 Oscar winning actress Allison Janney looks set to re-team with her I, Tonya co-star Margot Robbie on the new movie from Annapurna based on the real-life case of female news anchors taking on sexual assault and toxic male culture at Fox News. 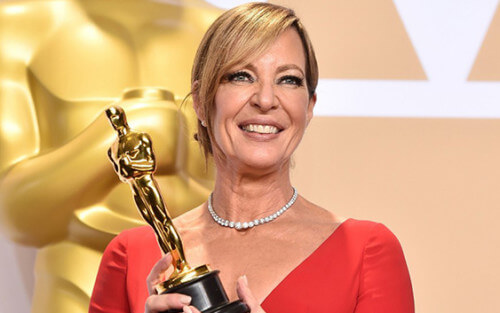 Janney will take on the role of lawyer Susan Estrich who represented Fox News producer Roger Ailes after a number of his employees accused him of workplace sexual harassment.

As revealed in early August, Charlize Theron will star in the film as former host Megyn Kelly, Nicole Kidman will take on the role of Gretchen Carlson and Robbie will play one of the network’s associate producers. John Lithgow has since been confirmed to be playing Roger Ailes, making Janney the fifth confirmed cast member for the upcoming project. Annapurna are still on the lookout for high profile names to take on the roles of Greta Van Susteren, Bill O’Reilly and company head Rupert Murdoch.

The yet-to-be-titled movie has been written by The Big Short screenwriter Charles Randolph and will be directed by Jay Roach (Trumbo – 2015). Both Randolph and Roach are also acting as producers, as is star Charlize Theron as a part of Denver & Delilah alongside Beth Kono and AJ Dix, with Margaret Riley rounding off the list.