Having spent 5 days in the City of York for the Aesthetica Short Film Festival last week, it’s fair to say that we got to see our fair share of excellent films. In fact, we saw nearly 100 shorts over the course of our attendance, about 1/3 of all of the movies on offer at the festival, and was blown away by the hard work and effort that had gone into films of all sizes and budgets, across all of the categories the festival had to offer. That is why, despite our regret at missing out on so many of these pieces of art, we’ve concluded that the work on offer in York over those 5 days was some of the best we’ve seen all year, and we have therefore painstakingly developed a list of our 10 favourite picks in the hope that it’ll help to put more eyes – your eyes – onto the films we most enjoyed.

Of course, this list is the process of a lot of deliberation and there were so many more shorts that we wanted to include and will therefore look to celebrate in other ways moving forward, and we do urge you to take a look at the festival’s official selection for more films to see from Aesthetica 2017. For now, however, here is The Film Magazine’s official selection of 10 films to see from the Aesthetica Short Film Festival 2017, in no particular order… 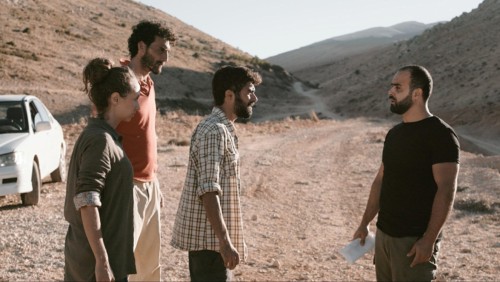 A Syrian taxi driver on the road with his three Lebanese passengers towards the Syrian-Lebanese border finds himself in a risky situation when he discovers that his passengers are smuggling stolen historical artefacts from Syria.

An entirely engrossing drama/thriller from half-way around the world, Zaher Jureidini’s 280Km was a grounded exploration of the relationship between Lebanon and war-torn Syria, their neighbouring country, offering a commentary on the oft-forgotten importance of preservation for historical artefacts. Perhaps the most moving aspect of the picture was the manner in which the filmmaker used the artefacts as a mirror for the characters, themselves the forgotten voiceless in their own country of Lebanon where class disparity is forcing ordinary people into extraordinary and often dangerous situations.

Satan worshipping sex cult moves in next door to Raimo.

Funny to the bone, Teemu Niukkanen’s Finnish comedy offers commentary on ill-informed prejudices through the absurdist notion that a Satan-worshipping cult isn’t so bad, breaking down the ‘worst case scenario’ mantra that is so often circulated in the public consciousness as being utterly ridiculous in most cases. Beautifully shot and edited in a manner reminiscent of Michael Haneke’s Funny Games, there is more to Fucking Bunnies than laughs, but those laughs are so very long and so very loud; an utter masterpiece of hilarity in which every aspect of every frame works to establish the overall feel of a comedy working on a different level.

Shot on classic film, a medium so often forgotten in an age of digital media, Squirrel Island has a timeless quality to it that leaps from the screen. It is perhaps fitting then, that the film is free of spoken or written language, a creative choice that enhances its universal themes of acceptance and unity in an increasingly divided world. Set around the act of espionage and offering more gruesome and thrilling action scenes than one may expect from such a sweetly animated film, Squirrel Island has a lot more to offer than your typical animated movie and is a must watch.

Unlike a lot of film festivals, Aesthetica also champions music videos, which introduced us to this gorgeous, thoughtful and impassioned offering from Savvas Stavrou for music artist Metaxas. The video is presented in reverse, offering a portrait of the circular nature of love, life, grief, or whatever you wish to apply it to. The greatness of this particular video is found in watching it and establishing your own meaning from the beautifully presented piece which captures the music in such a way that it almost enhances it.

A man is forbidden by higher powers from pursuing love, so he plans to end his life and finally escape his heartbreaking existence.

Presenting the charismatic presence of Joe Absolom in a manner befitting of the actor’s incredible talents, and drawing from some of the most respected science fiction films of all time, NEON delivers on its promise of beautifully constructed visuals and a challenging premise that any viewer could sink their teeth into. The movie, which is also terrifically acted, concludes with the best prop work seen anywhere at ASFF 2017, providing a moment that will live in the memory long after viewing the film.

Controversial comic artist Steve Martin is being interviewed about his artistic alter ego – the perverted monster that is Krent Able. But where does Krent stop and Steve start…and just who is in control?

Part serious exploration of a charismatic comic artist many know little about and part funny exploration of his alter ego, this documentary from Matt Harlock was a fascinating watch from start to finish, taking many forms throughout its run-time in much the same way that its subject did. This will be of particular interest for comic artists, illustrators and so on, but holds a particular interest to anyone intrigued by talented and/or unusual people.

Gridlock is a thriller set during a traffic jam on a country road. When a little girl goes missing from one of the cars, her father forms a desperate search party to find her, and soon everyone is a suspect.

This well acted thriller is centred around a whodunit mystery that is laid out fantastically from start to finish, lending the role of antagonist and child kidnapper to different characters as the movie progresses in a fashion not unlike a Poirot mystery. It’s hard to establish the lasting effect this film can have on you without heading into spoiler territory, but the film certainly received a gasp of shock and awe upon its conclusion at one of its showings at ASFF this year.

This video is a promotion for the crowdfunding page and not entirely representative of the film itself.

A self-proclaimed Duke welcomes us to the oddest pub in Britain. He considers it to be his sanctuary, and completely oblivious to its lunacy, he nominates it for “Britain’s Best Boozer”.

This absurdist comedy about a TV crew from fictional show “Britain’s Best Pub” turning up at the most over-the-top silly tavern in all the land, is played so straight by its talented cast – including stand-out Tim Bentinck as The Duke – that it oozes levels of hilarity that only progress as the film does. This is one of those comedies that works to make you laugh at every possible opportunity, from its sharp-witted script to its editorial technique, with a particular moment of framing that caught the crack of a pub-goers backside in plain view; a moment that is sure to at least bring out the type of laughter only reserved for the more disgusting of things. One particularly impressive aspect of this film was its attention to detail: t-shirts, pub signs and even pub menus had been designed specifically for the picture. 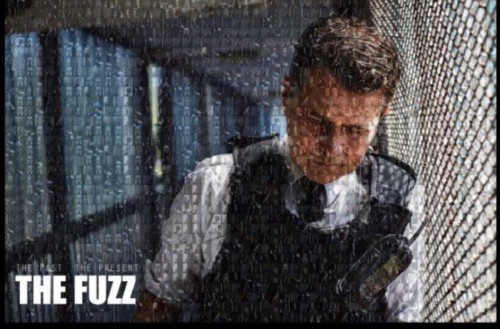 ‘The Fuzz’ is the bittersweet life story of Police Officer Ray Mills, as he works the streets of one of London’s toughest council estates. Ray is eccentric and possibly unstable.

Beginning as a happy-go-lucky tale of a man on the job as a police officer, The Fuzz uses early comedic tones to excellently sucker in its audience before revealing a much more deep and affecting story that is bound to leave you shocked if not upset. The film works from a camera-directed monologue by its central character, and as such the performance had to be very good. It was, and it carried the movie’s excellent writing and tight presentation to a place deserving of further thought. You’ll laugh, you’ll be shocked, and you may even cry at The Fuzz.

A cheap party entertainer spirals out of control at a young girl’s Bat Mitzvah.

Starring the incomparable Toby Jones as a washed up TV host working local events and battling his alcoholism, this drama turned comedy is wonderfully spearheaded by the legendary British actor, offering a personal tale as regards the character as well as some distinct commentary on modern society. Perhaps the biggest piece of commentary the film offers is regarding the impersonal nature of entertainment in the modern age, something Jones’ former TV host struggles to grasp as he maintains his “old-school” interpersonal techniques in an attempt to engage his audiences, both young and old. There’s a real charm about this movie, and despite the cringeworthy nature of some of the central character’s encounters, Jones masterfully maintains a sense of likeability that keeps you routing for him throughout the film.

There you have it! Our struggle to decipher 10 picks from around 100 films we witnessed, put to print. Make sure to look up any of the films you feel would be of interest to you, and make sure to follow us on Twitter, Facebook and YouTube, for more updates on ASFF 2017, the films included in this piece, more of the shorts we couldn’t include, and interviews with 4 of the short film filmmakers, as well as our usual film news, reviews and features.