This past August (2014) marked the 2nd anniversary of the announcement of Ben Affleck as the man to replace Christian Bale in the Black (“and sometimes very, very, dark grey”) get-up of Gotham’s Dark Knight. At first there was outrage and an almost total backlash against the decision from hardcore fans, and there has since grown a pessimistic acceptance of his casting and a huge sense of dread (at least among comic book enthusiasts) heading into what will surely be one of 2016’s largest Blockbusters: Batman vs Superman: Dawn Of Justice. What I aim to do in this article is open your eyes to the potential of a Ben Affleck Bruce Wayne and ultimately convince you that it’s time to get over any issues you may have with the former A-Lister’s casting. 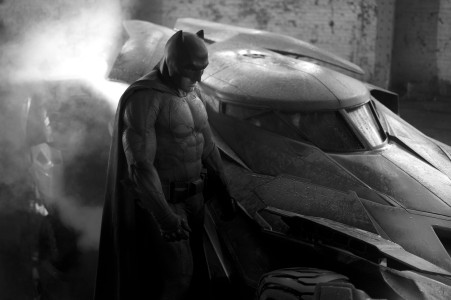 Since the announcement came to us nearly two years ago, Ben Affleck has appeared in only two movies: Brad Furman’s Runner Runner (2013) and David Fincher’s Gone Girl (2014). In the former, he expanded his horizons as a loose cannon mafioso character with a lot of mouth and a lot of power – in the latter, he played on the deep intimacy of how we were invited to witness him as a subject of interrogation with an almost majestic silence. In each film he was completely different people, and these roles were coming off the back of his 2013 Best Picture Oscars win for Argo and some work alongside legendary auteur Terrence Malick in To the Wonder (2012). Basically, Affleck has proven that he’s capable.

The fact is that there are only five movies Ben Affleck has acted in across the past five years; a figure that isn’t set to increase before Batman vs Superman. He’s picking and choosing his projects with an almost faultless success rate, expanding his worth as an artist in every appearance. When you compare Affleck’s five-year period before Batman vs Superman to Christian Bale’s five-year period before Batman Begins (2005), it’s easy to draw a comparison in quality of performance and the type of “high-art” films they’ve each been in:

Arguably, each of them provided top quality leading performances in four of the movies they each starred in during this time period, with Affleck’s success rate of at least four out of five being much more efficient than Bale’s four out of eight for the same timeframe. Bale was, of course, at an entirely different place in his career back then, but the point stands because it is evidence that Affleck has nothing to prove as a talented artist of film, whether he’s in front of the camera or behind it, and if you’re continuing to judge him for what he did in the early-to-mid 2000s then you’re at least five years out of date, not to mention completely neglecting his good (and award-winning) writing and acting work on the likes of Good Will Hunting in the late 90s. Just because he spent 10 years as one half of celebrity gossip magazine power couple J-Fleck doesn’t mean he is not worthy.

The marriage of Ben Affleck and Jennifer Lopez was played out in front of the public more than it could’ve ever possibly been behind the scenes. The gossip column gold mine of an empire was probably terrific for Affleck’s bank balance, but it tinted perceptions of him and ultimately led to the dire 2003 “drama” (if you can call it that) Gigli which made our 10 Career-Sinking Movies list and was the final damage to the sinking ship that was Affleck’s legitimacy as an actor in the 2000s. Then there was Daredevil (2003).

Daredevil was poorly produced, poorly written, poorly directed and poorly acted. It was an awful film. Affleck led the line of legitimate actors looking for their own stamp on the emerging comic book movie phenomenon as the head of a cast that also included Michael Clarke Duncan, Jon Favreau, Jennifer Garner and Colin Farrell. It just didn’t work out.

It is understandable, then, for fans of the genre to be pessimistic towards Ben Affleck after his disingenuous performance as the blind Marvel hero. But, the truth is that he shouldn’t really be to blame for the lack of success in his Marvel outing at all. Director of Daredevil, Mark Steven Johnson, managed to turn the likes of Colin Farrell into bad actors too (no easy feat), and one bad superhero film doesn’t make a career… just ask George Clooney.

Ben Affleck deserves the opportunity to don the suit. He has not only proven himself as one of the top artists of Hollywood over the past five years, but he is also the perfect look for Bruce Wayne and is one of the hottest commodities in the industry right now. If Batman vs Superman: Dawn Of Justice is bad, it’s not going to be because Ben Affleck is inside of the suit, it’s going to be because it’s poorly written or directed, and it’s that simple.