As Juno reaches the ripe old age of fifteen, it seems a fitting time to review the coming-of-age teen dramady. With so many of the genre’s well-trodden tropes, this movie is an indie film fan’s winning bingo card. From the animated title sequence to the gawky teens who are impossibly smart and more put together than any of the adults they interact with, or the constant nodding to achingly cool bands, a year split into seasons, and dealing with serious themes using sarcasm and humour, it’s a full house!

The opener sees Juno (Elliot Page) chugging a bottle of Sunny D so big it has its own gravitational pull. With the line ‘so what’s the prognosis, Fertile Myrtle? Minus or plus?’ the scene is set. Juno’s pregnant, ‘forshizz up the spout’. And she makes it very clear that she will be dealing with this by herself… or so she thinks. Though her desperation is clearly shown as she makes a noose out of candy before stepping inside to her chaotic and loving home to tell her parents the big news.

From the synopsis and the poster, (and even the first paragraph of this review), you’d be forgiven for mistaking that Juno is a film about teen pregnancy, and while that is a pretty sizable Bretton-stripe-clad motif, it’s not where the real story is.

Obviously, the people in Juno’s life are shocked, but there isn’t actually much judgement thrown at her, not from those who matter anyway. This is not an issues movie. By removing any real external conflict surrounding the pregnancy, Cody’s screenplay allows Juno’s internal conflict to drive the story. So yes, there is a pregnancy, but this film is about growing up too fast, acceptance, and the realisation that grown ups haven’t got a clue what they’re doing either. But at its heart, Juno is a love story.

The platonic love is covered by Leah (Olivia Thirlby), the best friend everyone needs – a girl obsessed with her maths teacher and cheerleading but who holds Juno’s hand every step of the way. And romantic love? That’s served in bucketloads by Paulie Bleeker (Michael Cera), who is a gem. When he shyly asks ‘what should we do?’ after receiving Juno’s news, it’s clear that he cares about her and wants to share the responsibility for what’s happened. The two of them are perfect for each other. For some, no grand romantic gesture will beat the boom box in the air, the car flying off into the clouds, the library in the enchanted castle. But it’s hard to find a sweeter moment in any film than Paulie spooning a hormonal, weeping Juno as she processes everything that has happened, his trainers muddy from running to the hospital. All comfort, no expectation. Beautiful.

While J.K. Simmons gives a sterling comic performance as Juno’s dad, it’s really all about the moms. Juno herself, a mother in biological terms only, is the embodiment of the rage and worry and self-doubt that comes with parenthood (and being a teenager). Her stepmom Bren, played by the incredible Allison Janney, is funny and fierce and loves Juno for what she is – her takedown of the ultrasound technician is one of the film’s highlights. She is a breath of fresh air amongst the angst and hormones. Jennifer Garner’s Vanessa, ‘desperately seeking spawn’, is slightly one-dimensional in her obsessive pursuit of motherhood and perfection. She is a stark contrast to Jason Bateman, who is undeniably the villain of the piece as Mark Loring, Vanessa’s reluctant husband. Ironically, he is stuck in arrested development as he reminisces about his 90s band and his life in Chicago. He doesn’t want a woman who pushes him or expects anything from him. Juno idolises him because he is so unlike all the other adults in her life, and he is delighted by this adulation. Mark’s disregard of boundaries is a moment of jeopardy in an otherwise wholesome film.

Juno is funny, smart, and wholesome without being saccharine. The larger-than-life characters aren’t like real people, not really, they’re amplified versions of real people. And that’s what makes the film great, these bordering-on-unbelievable characters tackling a difficult situation and all emerging triumphant at the end – apart from Mark, but no one cares about him.

Well received by audiences and critics, Juno went down in the record books. It has aged well and remains funny. The hamburger phone, gold track shorts, and protruding stripy bump are iconic and feel as fresh as they did when they came out kicking and screaming in 2007.

Recommended for you: Panic! At the Movies: An Emo Top 10 Watchlist 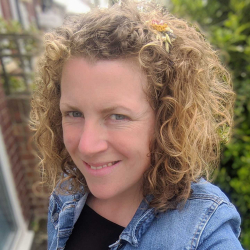