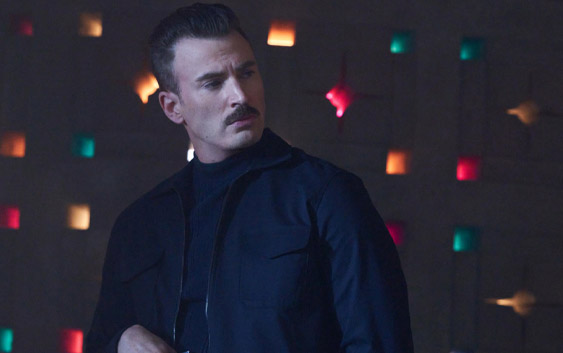 Pain Hustlers is being described by those in the know as being tonally similar to The Wolf of Wall Street and The Big Short. Emily Blunt will play Liza Drake, a high-school dropout who earns a fortune when she turns a failing pharmaceutical startup into big business, consequently catapulting herself into a criminal conspiracy.

Evans, best known for portraying famed comic book character Captain America across a multitude of Marvel Cinematic Universe box office hits, and who is currently in cinemas as Buzz Lightyear in Pixar’s Lightyear, will play a role that has yet to be revealed.

Chris Evans is already set to cross over to Netflix as the co-lead of The Gray Man, due for release on 15th July 2022. He will star opposite Ryan Gosling in the latest actioner from Captain America: Civil War and Avengers: Endgame directors Joe & Anthony Russo. According to Deadline, Evans will re-sign with the streaming giants for Pain Hustlers in time for production in August.

Pain Hustlers was bought by Netflix for $50million at the 2022 Cannes International Film Festival marketplace. The streaming giants, who took a 200,000-plus drop in subscribers in the first quarter of 2022 have recently cut back on production as a cost-saving measure after billions were wiped off their stock price as a result of their subscriber loss. It is believed that Pain Hustlers will look to feature an A-List cast to headline a smaller distribution list, acting as one of the streamer’s headline exclusives in much the same way as the Dwayne Johnson and Ryan Reynolds-starrer Red Notice did in 2021 and the aforementioned The Gray Man has throughout 2022.