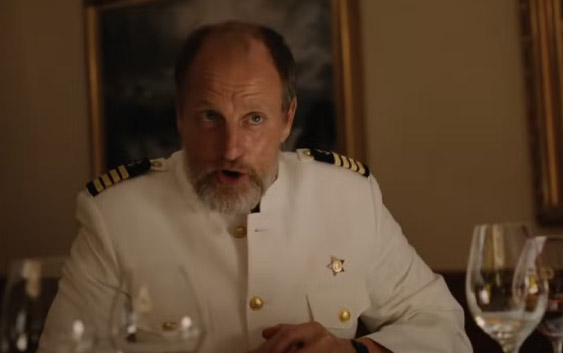 In a ceremony that took place from the Grand Lumière Theater on Saturday 28th May 2022, Swedish filmmaker Ruben Östlund joined the likes of Francis Ford Coppola, Michael Haneke and Ken Loach as a two-time Palme d’Or recipient, making him just the ninth director in history to achieve such a feat.

“All of us agree that the unique thing with cinema is that we’re watching together. So we have to save something to talk about but we should also have fun and be entertained,” the director said during his acceptance speech.

The director, who was also behind Force Majeure (2014), was awarded the Palme d’Or by a jury of nine filmmakers that included A Separation director Asghar Farhadi, Rebecca Hall and Noomi Rapace, and was headed by French actor Vincent Lindon, who starred in 2021 Palme d’Or winner Titane.

Östlund was not, however, named the Cannes Best Director, as it was South Korean The Handmaiden director Park Chan-wook who earned that award for his work on murder mystery Decision to Leave.

Parasite star Song Kang-ho won the award for Best Actor. His performance in Broker, as the head of a family seeking a home for an abandoned baby, earned the actor rave reviews under the watchful eye of previous Palme d’Or winner Hirokazu Kore-eda (Shoplifters).

Zar Amir Ebrahimi won the award for Best Actress for her performance as a journalist in Holy Spider, from Border director Ali Abbasi.

Tarik Saleh, the Swedish-Egyptian filmmaker behind The Nile Hilton Incident (2017), won the Cannes award for Best Screenplay for his work on Cairo thriller Boy from Heaven.

The Jury Prize was shared by The Eight Mountains (by Charlotte Vandermeersch and Felix van Groeningen) and EO (by Jerzy Skolimowski). The 75th anniversary prize was awarded to Tori et Lokita, directed by Jean-Pierre and Luc Dardenne.

The award for Best First Film, the Caméra d’Or, went to War Pony from Riley Keough and Gina Gammell. Special mention was made to Plan 75 from director Chie Hayakawa.