We live in a world which has seen the release of seven Fast and the Furious movies (with at least two more on the horizon) and will be seeing a third different version of Spiderman in fourteen years, so sometimes it’s easy to forget that movies don’t have to be based on anything more than an idea by a screenwriter. I hope to celebrate some of the truly original screen gems of the modern era.

The main standard-bearers of this are science fiction films which, somewhat understandably, have it a bit easier in regards to bringing fresh ideas to the table, and while some unquestionable classics have been based off a source material – A Clockwork Orange is based on an Anthony Burgess novel, while Blade Runner was originally Do Androids Dream of Electric Sheep? by Philip K. Dick – there appears to be a small trend, at least compared to other genres, for films to be original. To me, the perfect example of this is Eternal Sunshine of the Spotless Mind, a film directed by Michel Gondry and written by Charlie Kaufman. 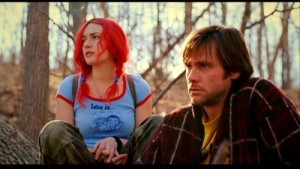 Eternal Sunshine follows the story of Clementine and Joel, two strangers who are immediately drawn to each other. And for good reason too – they’re not strangers, but former lovers who, after a turbulent relationship each had the other removed from their memory. The true beauty of the film though, and make no mistakes this film is utterly beautiful, is the way Joel’s memories unfold on screen, portrayed flawlessly by Jim Carrey and Kate Winslet. As much drama as sci-fi, a love story and so much more, Eternal Sunshine is a film unlike any other. 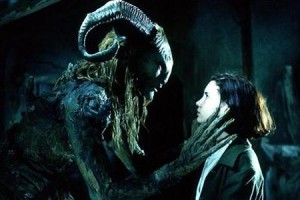 Flicking genres now, I’d like to wax lyrical on what, for me, is the perfect modern fairytale – the story of a lost princess trying to find her true identity, and her place in the world. TANGL… I mean, Pan’s Labyrinth. Written by the relentlessly geeky Guillermo del Toro, Pan’s Labyrinth is much more than your classic fairytale, and juxtaposes genre tropes against a backdrop of 1944’s fascist Spain, following young Ofelia as she discovers a secret labyrinth and is set three tasks by the faun that lives there, three tasks that will return her to her true life as a princess of a mystical world. Whimsical, however, this film is not, as Ofelia is also dealing with a violent step-father as he hunts rebels in the hills. It’s hard to do a film like this justice – watching is the only way – but it’s safe to say that it’s a film that the Grimm brothers would be proud of.

This is, by no means, an exhaustive list, but rather me trying to show love for the originality and uniqueness of two films I love dearly. I hope you have films like this too.