Ladies and gentlemen, boys and girls, grab your posh frocks and your best suits, one of the glitziest nights in European cinema is almost upon us. Yes, it’s nearly time for the 68th Cannes Film Festival. 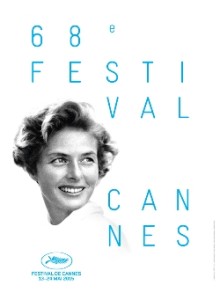 Located on the French Riviera, sitting in amongst the likes of Nice, St Tropez and of course the one and only Monte Carlo, Cannes’ reputation as a playground for the rich and famous has long since been established, so it comes as no surprise that the most glamorous film festival in Europe is held there. Over the years Cannes has grown to become one of the continent’s biggest film events, overshadowing its nearest rivals such as Berlinale and the Venice Film Festival, and this year looks to be no exception.

With over 170 films due to be screened across the 11 day spectacular, Cannes’ kicks off next Wednesday with the opening ceremony hosted by star of both European and Hollywood cinema Lambert Wilson. French actress, screenwriter and director Emmanuelle Bercot’s latest production Standing Tall will be the opening film, chosen for the way its themes deal with and respond to the Charlie Hebdo shootings in Paris from the beginning of this year. This will be only the second time since the festival began in 1946 that the opening film has been directed by a woman, the first time being Diane Kurys’ A Man in Love in 1987.

This year’s jury deciding the winner of the coveted “Palme d’Or” award will be filmmaker siblings Joel and Ethan Coen, joined by seven other jurors including Mexican director Guillermo del Toro, Canadian director and actor Xavier Dolan and Hollywood actor Jake Gyllenhaal, while the Un Certain Regard competition – which encourages young and innovative filmmakers – will be presided over by Italian-American actress Isabella Rossellini. Mauritanian film director Abderrahmane Sissako will head up the jury of the Cinéfondation competition, featuring 18 films from film students all over the world.

Aside from the films screened in competition, there is International Critic’s Week, Director’s fortnight, as well 31 films due to be screened as part of the Cannes Classics programme, which include 20 classic films that have been digitally restored, 10 documentaries, and a special tribute to Portuguese film director Manoel de Oliveira who died last month.

The festival will be closed by Oscar winning director Luc Jacquet’s latest film Ice and the Sky, which, like Standing Tall, was also chosen for the strength and importance of its central themes and messages; the focus of Ice and the Sky being the environment, global warming and the future of our planet.