A long-anticipated sequel to Zombieland (2009) was revealed to be in the works at Sony Pictures back in July, with original cast members, screenwriters and directors set to reunite for Zombieland 2. Today, Jesse Eisenberg, Woody Harrelson, Abigail Breslin and Emma Stone were joined by the first new cast member for the sequel, Set It Up (2018) star Zoey Deutch. 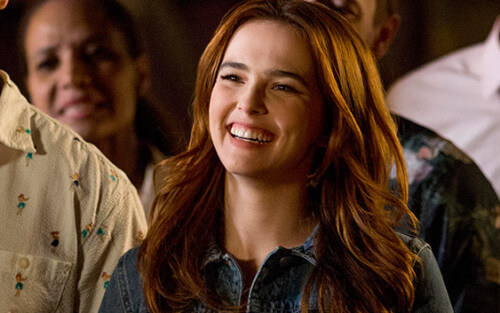 Deutch, who is set to follow up her Netflix rom-com Set It Up with a Netflix series titled ‘The Politician’, becomes the first new name to be revealed for the Zombieland sequel, though the report at Variety does not state her role.

Zombieland 2 is set to go into production in January 2019 with a release date scheduled for October 2019. The film will have the base premise of the group having to fight more zombies that have evolved in many ways since the first movie.

Zombieland was a quiet hit for Sony back in 2009, reaching a $75million box office haul from a $25million budget and gaining traction as something of a cult classic in the years that have followed.

Director Ruben Fleischer is going into the film off the back of huge success at the helm of Sony’s Venom (starring Tom Hardy), while the screenwriting duo of Paul Wernick and Rhett Reese also had a successful summer with Deadpool 2.