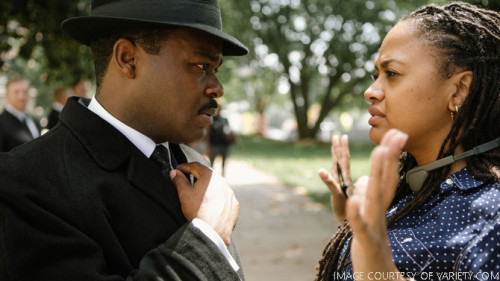 The absence of Ava DuVernay from the “best director” category at this year’s Oscars was the source of much controversy, with some sections of the media (including us) suggesting that the decision to leave her off the list of nominees could’ve been due to the elderly, white, male, and relatively upper class dynamic that makes up the academy. Let’s face it, any film based on real life events that was as critically successful and generally excellent as Selma normally would’ve been nominated for a whole load more academy awards, right? And besides, Selma was really well directed. This only became a race/sex issue because of how dumbfounded the majority of us were when DuVernay was left off the list. That speaks volumes for this hugely controversial exclusion.

Xavier Dolan has been making a lot of waves recently. His latest film, Mommy, was considered among the favourites for this year’s “foreign language film” category, yet it hasn’t even made the cut of nominees. Mommy was so good that it won the best foreign film at the César awards – the French academy awards – beating 12 Years A Slave, Boyhood, and The Grand Budapest Hotel, among others. The fact that the academy could overlook a film that other countries have embraced as being one of the world’s best offerings from 2014 was seen as yet another example of how the academy seem to be losing touch. The French believed it to be better than two of the best picture nominees from the academy awards of 2015, and better than the winner of the best picture award from 2014, and if that doesn’t sum it up then I don’t know what does.

When the nominees for the “best animation” category were announced, it took several glances for the majority of film lovers, critics, and academics, to truly believe how The Lego Movie had been omitted. Everyone and their mother had come to the conclusion that it was probably the best animated movie of 2014, and that it brought such a fresh approach that it would likely be a no-brainer for best animated film at the Oscars. Obviously, that wasn’t to be, and The Lego Movie was left off the list, leading people to believe that the Academy must have denied it a spot because of the small amount of live action it contains, rather than because of its quality. Co-Director Philip Lord took the news well however, and responded in the same comedic fashion that made his movie so appealing: