I cannot believe Batman v Superman: Dawn of Justice was only released two-and-a-half years ago. It has completely warped my sense of time. I think I’ll start using it to separate eras of my life. Everything since that dark day in March has been an unmitigated disaster, from a reality TV clown becoming President to having to treat Wonder Woman like the second-coming of The Godfather just because it was a coherent film.

I remember coming out of the theater stunned and dumbfounded. Did I watch a film, or a list of ideas from a brainstorming session no one thought they needed to edit? It truly is insane how many things are packed into one… series of images on screen in an order that kind of makes sense [I don’t think I can bring myself to call this a film, it’s more the cinematic equivalent of a partial-birth abortion]. Why did this project ever see the light of day? Was this the product that was supposed to make it to screen? That’s the whole reason this article exists in the first place; there is a three-hour cut that was released to home video and DVD, commonly referred to as The Snyder Cut. I refuse to watch it for many, many reasons (don’t worry, we’ll get there), but the biggest one is that it has to exist in the first place. I want to talk about the planning, the motivation, and the people behind one of the worst blockbusters ever created.

It all started when David S. Goyer wrote a script to portray a grounded, modern Superman, with an origin film similar to Christopher Nolan’s Batman Begins. The result was 2013 release Man of Steel. Nolan didn’t want to direct, but (allegedly) recommended Zack Snyder (who also happened to have a prior relationship with Warner Bros. and a production deal in place through his company Cruel and Unusual Films) to direct and co-produce the film (via his company). It’s clear that Snyder had more control than necessary when it came to Goyer and Nolan’s plans. Snyder is the reason we have Zod’s snapped neck, turning our beloved Superman from an angsty, lost Christ-figure to a maniac with the threat assessment abilities of Mac from ‘It’s Always Sunny in Philadelphia’. Snyder was in no sense a “director-for-hire” when he could overrule the man who created the single greatest superhero film to ever exist.

Before I eviscerate him further, I do want to point out that I appreciate Snyder’s cinematic style and allusions to comics. Google “Zack Snyder reveals” and you’ll find tons of articles discussing easter eggs, tidbits and trivia. I’d be a fool to say Zack Snyder isn’t an incredibly talented filmmaker, but his original works have been plagued by his inability to simplify. In a piece ranking Snyder’s films, our editor, Joseph Wade, says that Snyder’s visual flair isn’t enough to “…shake off the stench of its convoluted plot and apparently difficult to decipher thematic explorations.” I couldn’t agree more with that assessment, and it could easily be applied to Batman v Superman, as well. 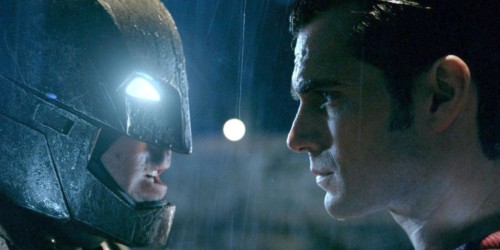 According to DCEU nutters experts people on Reddit, Medium, and even Forbes, Snyder’s plan (not Goyer’s, Nolan’s, DC’s, or WB’s) was to include Batman and the other Justice League characters, as opposed to making a series of Superman films like Goyer and Nolan intended. Not to say he didn’t collaborate; that would be absurd to argue. However, Snyder was the one making calls and the one with creative control (until he wasn’t). Here’s a basic rundown of Snyder’s five-film plan that, ultimately, never reached theaters.

Man of Steel: Goyer’s Superman script.
Batman v Superman: Dawn of Justice: The “better” version of the crap we got on screen in theaters.
Justice League Pt. 1: Sort of like the one we got but bad in a different way, I’m assuming.
Justice League Pt. 2: This is the reason we spend ten minutes watching Batman in a trenchcoat. It would be Injustice.
To quote the Reddit post, “???”: Part five is a mystery. Keeping us on our toes is part of Snyder’s 5D chess strategy to beat Marvel at the box office.

Now it is alleged that Snyder only developed this plan due to pressure from executives to create a universe. I couldn’t tell you one way or another, but I’d say I can totally see it. If there’s one thing those guys in suits hate, it’s when their big movie prints less money than someone else’s. However, there’s a better way to introduce these inconic characters and weave a cohesive universe. Someone, somewhere made the call to keep Man of Steel canon, and to make it a direct prequel to Batman v Superman, and that person was, in all likelihood, Zack Snyder.

What was created was the result of clashing visions; contrasted with Marvel’s quippy, simple films, we have the overly-ambitious DCEU trying to cram five film’s worth of exposition and worldbuilding into every scene of BvS. The scene of Lex Luthor introducing Clark Kent and Bruce Wayne to each other like the audience is comprised of ADD-riddled amnesiacs stands out as something incredibly out of place for the tone of Snyder’s vision. Meanwhile, we have a Batman who’s shooting and branding criminals, and we’re just supposed to accept that in a mainstream portrayal of the most identifiable superhero to ever grace the silver screen.

On top of all this, about thirty minutes were cut from the final film. This is obviously studio interference (despite reports that executives gave the film a standing ovation. Though for what reason, I couldn’t tell you). What I can tell you is that the result is a disaster; character motivations are seemingly random, we watch many pointless sequences, and about a quarter of what was left in could have easily been cut to better serve the universe at large by producing a simpler film. As mentioned, I have no idea what’s in there because I refuse to watch it. This is a principled stand against greedy studios, against poor characterization, against bad editing and against pretty much everyone involved with this film not named Ben Affleck or Henry Cavill (the former because he made the best of bad material, the latter because I loved him in MI:6 and now I’m biased).

But there’s more to this story than what I’ve covered here.

In my next piece, I plan to cover my issues with the portrayal of Batman and Superman; both in this film and the DCEU at-large. Until then, take solace in Henry Cavill’s departure (as of 12 September, 2018) from the DCEU. We’ll never have to worry about CGI lips running amok again!