It’s fair to say that over the last 20 years or so there’s been a boom in the popularity of animation and animated films – 1991 saw Beauty and the Beast recognised as one of the five standout films of the year by the Academy, and ten years later, Shrek redefined the phrase ‘Family film’ as it brought a level of adult humour and subtext previously unseen or unnoticed – and while it’s often these big names or big releases that people remember, it’s important to recognise that many a top film belongs to a place below the headlines. Below are three such films, three ‘diamonds in the rough.’ 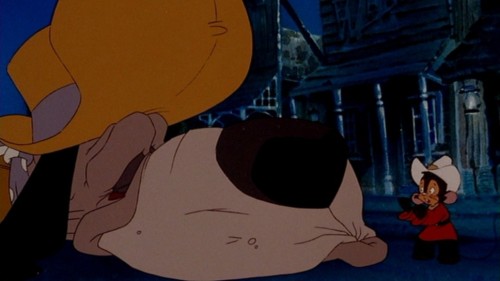 ‘Ah, Fievel’ I say with a Russian accent (and hope you know where I’m going), this is the follow-up to 1986’s An American Tail, and continues to follow Fievel Mousekewitz’s adventures in America after he and his family emigrated from Russia, because as the song goes, ‘there are no cats in America!’ Produced by Steven Spielberg and featuring the vocal talent of John Cleese and James Stewart, the film follows the Mousekewitz family as they relocate to the west (the Wild Wild West, as Will Smith would say), having found out that America wasn’t all that they’d hoped for and that there were in fact cats, only to find out that they aren’t actually relocating but are part of Cat R. Waul’s (Cleese) secret plan to eliminate (and eat) all the mice. This is only the beginning of what is truly a great and fantastically enjoyable story of a boy searching for his family (again) and a way to fight back against the cats, as well as a young girl’s search for stardom and a klutzy cat’s quest to more dog (before O2 tried and failed to make it cool).

If you’re still not convinced, I’d suggest watching it simply for the fantastic soundtrack, and for the chance to learn ‘the Lazy Eye’.

Before the Avengers, ‘the perfect cast’ belonged to A Goofy Movie, a film – once you’ve gotten past the notion that Goofy has a teenage son and the hanky-panky that caused this – about a father’s need to be loved by his son, and a boy’s need to impress a girl, told in a way that only a Goof can tell a story. Afraid that his son is embarrassed of him, Goofy Snr. plans a road trip for him and his son Max, the kind he and his own dad used to take, so that they can bond. This scuppers Max’s plans to woo Roxanne at the party they were going to for the Powerline (singer of two of the best songs ever to grace a film soundtrack) concert. However, when Max tries to tell Roxanne exactly why he can’t go with her to the party he lies, instead telling her that his dad is taking him across the country to attend the concert at the pop superstar’s invite. Predictably, this escalates. Quickly.

At 78 minutes long it’s almost a crime not to watch A Goofy Movie at least once. 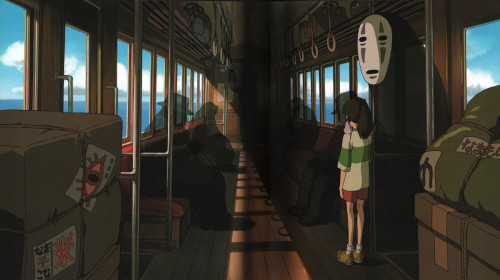 While the truly beautiful work of Studio Ghibli is becoming more and more popular, their limited release in cinemas means there are still people out there who may not be aware of Hayao Miyazaki et al, and while I’ve selected one of the more well-known of their releases, I thought best to select what is a true masterpiece of animation and cinema. Spirited Away tells the story of Chihiro, a somehat bratty girl who, along with her family, stumble upon what they believe to be an abandoned theme park, but is actually part of a bathhouse run by spirits. Curious, Chihiro crosses a bridge to the bathhouse, befriending surly boy/dragon Haku and becoming trapped in a world she doesn’t belong. Often understandably compared to Alice in Wonderland, Spirited Away is, at its heart, the story of a girl trying to find her way home from a world where she doesn’t belong, and is a story illuminated by loving animation and complex and enthralling characters, no more so than No-Face, whose naivety is played out so perfectly that it feels as though you’re watching a child grow up. A child who can make gold and eats frog people, granted, but that’s the unusual and unique magic that Ghibli films possess, no more so than this.

'Star Wars: Rogue Squadron', the upcoming Lucasfilm entry into the