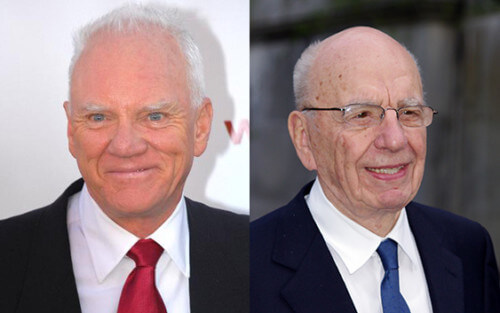 The untitled movie, which is set to focus on the female Fox News employees who fought back against sexism and sexual misconduct in the workplace to see Ailes ousted from his position after several decades at the very top, is being written by The Big Short screenwriter Charles Randolph and will be Annapurna’s follow up to their hotly anticipated late 2018 Dick Cheney movie Vice from The Big Short director Adam McKay.

Variety’s reveal that McDowell is set to fill the role of Murdoch closes off yet another key role in the film following a string of casting in recent weeks that has seen Allison Janney take on the role of Ailes’ lawyer Susan Estrich, John Lithgow confirmed as Roger Ailes himself, and the trio of Charlize Theron, Nicole Kidman and Margot Robbie also confirmed as Megyn Kelly, Gretchen Carlson and a yet-to-be-named associate producer respectively. It is thought that the two most high profile roles Annapurna are yet to cast are now those of Greta Van Susteren and Bill O’Reilly.

The ensemble piece has yet to receive a release date and it is not yet known when production will begin.