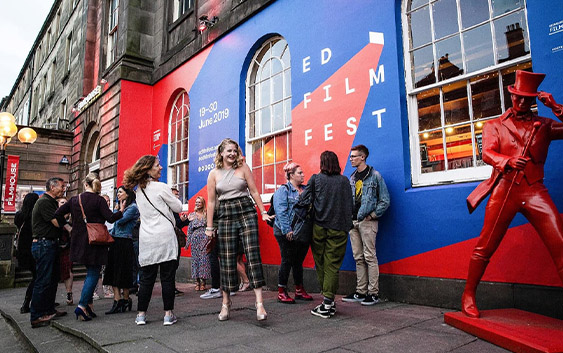 The Centre for the Moving Image (CMI), the charity that runs both Edinburgh Filmhouse and Aberdeen Filmhouse, as well as the Edinburgh International Film Festival, has ceased trading and called in administrators.

As first reported on Thursday the 6th of October, both Edinburgh Filmhouse and Aberdeen Filmhouse, two of Scotland’s leading independent cinemas, have suddenly ceased trading after the charity behind them was plunged into administration. Alongside these two sites, Edinburgh International Film Festival, the longest continually-running film festival in the world, has also ceased all operations.

The CMI have stated that 102 members of staff have been immediately made redundant.

In a statement released by the charity, CMI said: “The charity is facing the perfect storm of sharply rising costs, in particular energy costs, alongside reduced trade due to the ongoing impacts of the pandemic and the cost of living crisis. The combination and scale of these challenges is unprecedented and means that there was no option but to take immediate action.”

CMI added that audience numbers were 50% below pre-pandemic levels. It said it would also be adversely affected by the ending of government emergency funds and by altered cinemagoing habits due to the increased use of streaming platforms.

The CMI’s administrators, FRP Advisor, said they would be seeking to transfer the Edinburgh International Film Festival (EIFF) brand and trademark, and were “hopeful” that the CMI’s assets would attract the interest of businesses already operating in the film industry or entrepreneurs looking to enter it.

According to the Independent Cinema Office there are 532 independent cinemas and film festivals left within the UK.

The closure of CMI and its assets is not too dissimilar to when Cineworld Group plc filed for bankruptcy earlier in 2022 after amassing a debt of £4billion, threatening the closure of Cineworld Cinemas and Picturehouses in the UK, as well as Regal Cinemas in the United States, putting around 28,000 jobs at risk. The company also put blame on the pandemic affecting audience figures as one of the key reasons for their decline. Whilst CMI and its assets ceased trading immediately, Cineworld and their assets remain trading today.

Cinemas across the UK and around the world were forced to close for almost a year during the COVID-19 pandemic. During brief reopening periods in both the summer and autumn of 2020, the box office recorded its lowest figures in decades due to a combination of factors including the public’s lack of faith in safe viewing, few numbers of theatrical releases and even fewer blockbusters.

The box office has made a slight recovery over the past year or so with blockbusters such as No Time to Die ($774million), Spider-Man: No Way Home ($1.9billion), The Batman ($771million), Doctor Strange in the Multiverse of Madness ($955million) and Top Gun: Maverick ($1.48billion) making big money at the box office over both the latter half of 2021 and throughout 2022. No Time to Die (£98million), No Way Home (£96.9million) and Top Gun: Maverick (£83.3million) are now among the ten highest-grossing films ever released in the UK.

Although the overall box office is at a new high since the start of the pandemic, it is a far cry from pre-pandemic levels, with the U.S. domestic box office taking $5.71billion so far this year as opposed to 2019’s $11.36billion. In the UK, the effects of lower takings and fewer people attending cinemas has affected independent films the most, with few topping £1million. Edinburgh Filmhouse and Aberdeen Filmhouse were, of course, supporters of such films.

Mark Carnochan
Contributor at The Film Magazine
Mark Carnochan is a Film & Media student living in Edinburgh, struggling with the day-to-day mispronunciations of his second name… Occasionally he writes reviews.