“Everything I learnt, I learnt from the movies.” – Audrey Hepburn.

What does cinema mean to me? My initial thought is to say “everything”, but even that doesn’t seem to cover it. After my family and friends, cinema is quite simply my entire world. I’m fortunate to work within the casting industry, so my work and social life is entirely built around the film industry. “Passion” is a word that gets thrown around a lot, but the root of the word comes from the feeling of loving something so much it becomes a part of your personality, and I don’t think there’s a more accurate way to describe how I feel about film.

One of the most valuable things we can experience in the busy world we live in is escapism. Taking ourselves into a dark room and being transported into a different world, with different people doing different things is a gift. It’s something so many people take for granted as we are constantly surrounded by storytelling, but there’s nothing quite like being in a cinema. These are places where we won’t be distracted by our phones, timelines, notifications, door bells, emails being pinged to us, but can instead be completely absorbed by the creativity and nostalgia of motion pictures.

Someone once said to me “cinema is my therapy” and I don’t think I have ever heard more relatable words. Films educate us and provide us with characters and situations we can relate to whilst seeing us through difficult personal situations. Over the last 14 months we have all turned to our TVs, home cinemas and computers to help us escape the tragedy and uncertainty of the world around us. Streaming platforms and DVD collections have become our family, our constant and our most reliable source of support.

There’s absolutely no question that I wouldn’t be who I am today without the magic of cinema. I first really started to notice this when I moved to London back in 2015 and discovered a whole world of film-lovers. I started studying film and found likeminded people, even my tutors were so much more encouraging than those from my rural countryside hometown. The film community, both online and in person, has always allowed me to feel welcome and accepted. When I was growing up I was always told “Star Wars is for boys, superheroes are for boys, Toy Story is for boys” and then I entered into a world of people of any generation, gender, race, sexuality or religion who disagreed with that prejudice. All of a sudden it was ok for me to love Luke Skywalker as well as Cinderella. No one cared what category I fell into, only what I had to say about the characters and stories we all love. 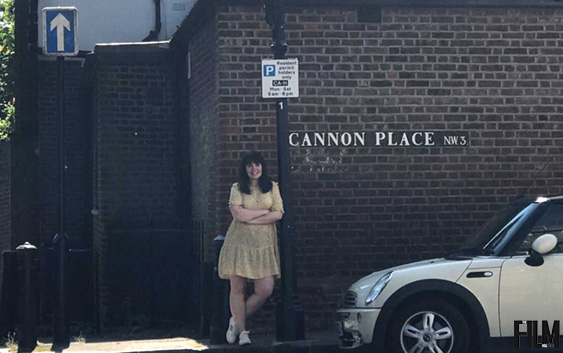 As we start to see the light at the end of this pandemic-shaped tunnel we look to the week beginning Monday 17th May, the day that has been dubbed by Film Twitter as “Christmas Day”. The anticipation for that day is very similar to what I used to feel as a child as 25th December approached. We will finally be welcomed home, back into our safe place. The smell of popcorn filling the darkened corridors, the sound of film scores flooding the foyer, the feeling when the lights go down and something (hopefully) magical is about to take place on the enormous screen in front of us.

It’s going to be the best Christmas ever. See you there.