As much as we all like to claim that we’re cinephiles who’ll watch any movie countless times in the pursuit of a higher truth regarding any given movie’s meanings and presentations of ideologies, there remains a handful of films that each movie-lover just can’t bring themselves to watch more than once, no matter how ‘fine’ or even ‘great’ their first viewing experience may have been. In this article, I am going to outline my top 5 picks for movies that were good or even great, but that I couldn’t bring myself to watch a second time, and hopefully you’ll find yourselves thinking the same thing about at least a few of them.

Marc Foster’s silver-screen adaptation of Khaled Hosseini’s New York Times best-selling novel of an Afghan man confronting his guilt over abandoning a friend in his childhood against the backdrop of huge political changes in Afghanistan and the resulting rise and prominence of the Taliban, is a movie that really tugs at the heart strings. What’s more is that the film was released amidst America’s developing sympathies to the Afghan people courtesy of the rapidly expanding opposition to the war in Iraq and with 9/11 still clearly in the consciousness of the West, meaning it was able to take on a greater meaning than the same film would have been able to achieve today or in the time in which the film’s Afghanistan scenes were set. The movie received a Golden Globe nomination for Best Foreign Language Film as well as a nomination for Best Original Score at both the Golden Globes and the Oscars, emphasising its excellent execution and relevant themes with some award season buzz. However, The Kite Runner was watchable only once. The short of it is that it was simply too upsetting. The gang rape of a young child by a group of boys was perhaps the most obvious example, for the scene was purposefully emphasised by the camera and the narrative as a means of illustrating the immediacy of the protagonist’s guilt, but also as an illustration of how poverty can cause those disempowered by it to seek power by any means necessary; even as children. The film’s obvious challenging of what we hear on TV and in other films was a clear reason why so many watched this picture in the first place, and there’s no doubting its impact and importance, as well as its quality, but The Kite Runner is a film that you’ll appreciate and not regret seeing even if you never watch it again. It seems like the point was to shock its audiences into seeing things regarding the war in the middle east as slightly different, and it certainly did that. The Kite Runner was a moment in time that was important and beautifully put together, but will likely never be watched again by those who’ve already seen it for all of the reasons outlined in this paragraph. 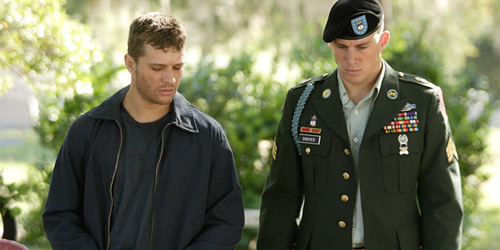 Kimberley Peirce’s Stop-Loss is much like The Kite Runner in how it came out at a time where the voices of those opposing war in the middle east had grown louder and the legitimacy of why the invasion of those countries happened at all was being called into question, only Stop-Loss was a representation of the negative side of the war from an American point of view rather than an Afghan pint of view. The movie documents a group of young men whose contracts with the US military are involuntarily extended beyond their active duty – something the military term as “stop-loss” – and who, while battling post-traumatic stress and other personal demons, seek ways to avoid being sent back into the war in the Middle East. The movie starred Ryan Phillippe in the lead role, with a supporting cast that included Channing Tatum, Rob Brown, Abbie Cornish, Timothy Olyphant, and Joseph Gordon Levitt in a particularly moving performance. Much like The Kite Runner, Stop-Loss suffers from being so purposefully upsetting that it’s tough to watch more than once. It’s a film that searches out the psychological motivations of each of its characters with regard to not only wanting to avoid being sent back to war, but also their motivations with regard to why they’d sign up to go in the first place, with Channing Tatum’s patriotic character juxtaposing Joseph Gordon Levitt’s nervous and clearly traumatised character in such a great way that plays out to be thought provoking and worthwhile, yet utterly disheartening and therefore unwatchable a second time once you know what’s coming. Much like this movie’s predecessor on this list, Stop-Loss is an incredibly well put together character-driven drama with commentary on the time and society in which it was made, and is therefore an incredible one-time-only watch, but nothing more. 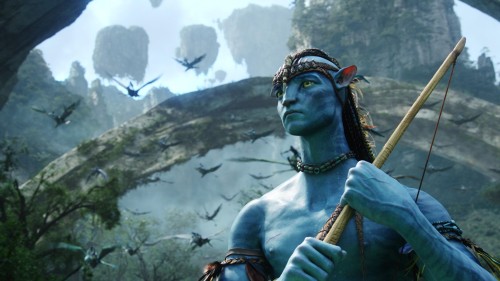 Admittedly I’ve seen James Cameron’s other-worldly epic twice, but I wish that I hadn’t. In this 2009 film that is officially the highest grossing movie of all time, alien creatures known as Na’vi team up with well-intentioned humans to take down the evil corporations of Earth who are ransacking the planet Pandora in search of a precious material known as “Unobtanium”. Seem familiar? Well, it should, because for the third choice in a row there is a film that is opposing the same war in the middle east that I myself have been opposed to since day one, only this time there are blue alien creatures instead of Afghan or Iraqi people, and the people of Earth (represented in Avatar by America, of course,) are pursuing Unobtanium rather than oil; if that particular theory regarding the motivations behind the wars in the Middle East is to be believed of course. Avatar even has a disabled war veteran as the lead character who, when ‘aligned’ with his Avatar (a Na’vi ‘replicant’ of sorts), can run and climb as if an able-bodied man in a dream. But political motivations and themes aside, what truly separated this film from the chasing pack was its magnificent beauty and creativity, not to mention the way it changed cinema’s use of CGI and Motion Capture. It was a spectacle for the eyes that fell apart upon a second viewing on DVD/BR because of how its sub-standard script failed to hold up the film when separated from the huge multiplex screens and 3D visual experiences of the cinema. What was, at least in my opinion, the only necessary use of 3D cinema in history, was an overly long and reductionist re-telling of Pocahontas when watched on the small screen, and one that seemed to play it safe (in comparison to how it could have done) regarding the war in the middle east and therefore made Avatar a one-time-only viewing experience that blew the minds of many before abruptly letting them down. This was certainly the case with my experience of it.

Glengarry Glen Ross is undoubtedly one of the better written dramas of the past 3 or 4 decades. The film, which depicts the lives of four real estate agents and an ensuing series of events that includes fraud, embezzlement, and a series of interpersonal issues, was adapted by David Mamet from his own 1984 Pulitzer Prize and Tony winning play of the same name. As you’d expect from an adaptation of a stage play, the movie is intricately presented with various storylines occurring concurrently and intertwining in ways deserving of the film’s rich foundations. The intimacy of the movie, which is set over only two days and largely in the same office each of the estate agents work in, offers a fantastic opportunity to the movie’s talented actors to pin down their characters and really elevate themselves in keeping with the written material. In this case, Al Pacino was nominated for Best Supporting Actor at the Oscars and the Golden Globes, and the performance of Alec Baldwin is known as perhaps the first stand-out performance of his career. Each of them offered support to the fantastic work of Alan Arkin, Ed Harris, Jack Lemmon and Kevin Spacey, each of whom delivered some of their best work in this James Foley directed picture. Upon first viewing, Glengarry Glen Ross is one of the tensest films you’re likely to see, but despite its intricacies and undoubted potential for further study and scrutiny, the movie fails to draw you back. Perhaps it’s because it’s a mystery surrounding fraud in a real-estate company, or perhaps it’s simply because of how it simply isn’t as entertaining as it is fascinating? Either way, the film fails to contain that seemingly intangible factor that has each of us turning to the classics over and over again but leaving the films on this list to collect dust on our DVD shelves.

Spike Jonze’s 2002 movie Adaptation is a triumph in screenwriting from one of the screenwriters of his generation, Charlie Kaufman, who along with his brother Donald was nominated for his writing of the movie’s adapted screenplay, though ‘adapted’ can be termed loosely as anyone who’s seen this film can attest to. Adaptation is a movie about one screenwriter’s struggles to write an adaptation of ‘The Orchid Thief’ by Susan Orlean. Semi-autobiographical, Kaufman’s script is about as Meta as any one film can be, with Nicolas Cage playing both Charlie and Donald Kaufman, and Meryl Streep playing Susan Orlean. The film contains every writing sin the Charlie Kaufman character purposefully strides away from in an attempt to write his own script within the movie, and it even includes the use of a voiceover, something Kaufman’s characterisation of screenwriting guru BLAH BLAH PLAYED BY BLAH BLAH describes as one of the ultimate sins of screenwriting. But, for how greatly entertaining it is to discover, the movie fails to truly engage because of how self-consciously self-involved the entire movie is. Even with a great Academy Award winning performance from Chris Cooper, some great work from Meryl Streep (as always), and some of the best work of Nicolas Cage’s career, the movie remains one of the best films you’ll never see twice, because for all of the credit you’d like to give yourself for watching it and knowing about it, it’s just simply not entertaining enough or, more accurately, connecting enough to sit down and watch again. Adaptation is a classic as far as screenwriting goes, and is without a doubt the film of choice for many film scholars or evening screenwriting classes to analyse, and those are perhaps the only ways it will become a regular watch for most people reading this article.

So there you have it. Five films that, for any number of reasons, are hugely entertaining upon your first viewing but simply cannot retain your attention and enjoyment enough to be deserving of a second viewing. If you have any suggestions as to what you’d put on this list, or you feel like I’m completely wrong about some of the entries, then let me know in the comments and I’ll get back to you.