2-time Oscar nominee and 1-time Oscar winnner Matt Damon is in early negotiations to star as disgraced billionaire Marc Rich in Universal’s adaptation of Daniel Ammann’s book “The King of Oil: The Secret Lives of Marc Rich”, to be titled The King of Oil. 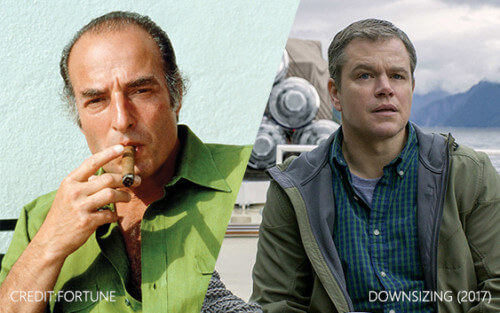 An international commodities trader, Marc Rich was indicted in the United States on charges of tax evasion and was controversially discovered to be trading with Iran in the midst of the Iran hostage crisis of 1979-1981. Dubbed “one of the most controversial international businessmen of all time”, Rich was pardoned by President Bill Clinton in his last day in office to much anger and disbelief from political commentators.

A Quiet Place director John Krasinski will produce the biopic alongside Allyson Seeger on behalf of Krasinski’s production company Sunday Night Prods. Mark Sourian will oversee the production on behalf of Universal.

Joe Shrapnel and Anna Waterhouse are adapting the original novel for the screen, though little is known as regards the focus of the movie or any potential release date at this time.

Damon, who has recently starred in Downsizing and The Great Wall, has worked with Krasinski before, each collaborating on the Oscar-nominated Manchester by the Sea and Gus van Sant’s Promised Land.