starwars.com released a statement today revealing that Looper (2012) writer/director Rian Johnson will be writing and directing Star Wars Episode VIII, which now has its official release date – May 26th 2017 – 40 years and a day since the release of Star Wars: A New Hope in 1977. The picture will follow on directly from Star Wars: The Force Awakens which is released on the 19th of December this year and is due to be another collaboration between Rian Johnson and producers Kathleen Kennedy and Ram Bergman who teamed up for Looper and The Brothers Bloom in the past. 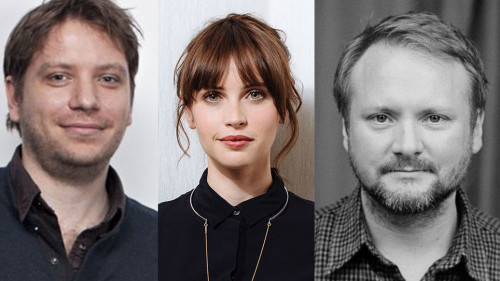 Also announced was the first stand-alone Star Wars movie, which will be titled “Rogue One… the first film in a unique series of big-screen adventures that explores the characters and events beyond the core Star Wars saga.” Godzilla (2014) and Monsters (2010) director Gareth Edwards has been chosen as director of the movie, while 2015 academy award nominee Felicity Jones will star. This movie will be written by Chris Weitz of About A Boy, Antz, and Cinderella fame.