European satellite television provider Sky are set to begin offering original movies as a part of a plan to increase their output of original content.

The announcement made Thursday 25th January 2018 revealed that Sky will be offering a day-and-date service to Sky Cinema subscribers, meaning that customers of their paid service will be able to access their original movies the day and date of their releases in cinemas. 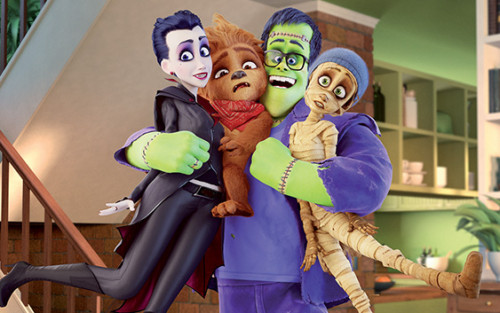 “We start off from the premise that Sky Cinema already has, by a mile, the best movie proposition in the market. We got the output deals with all of our studios partners. We have over 1,000 on demand. We guarantee our customers a premiere every day, which means we buy hundreds of films from independents as well as studios. [Customers] tell us there are certain genres they would love to have even more content from, both British and American movies, particularly in the mainstream spaces.”

Sky Movies are expecting to release 5 to 7 films in 2018, each with budgets ranging from £5million to £35million. He continued:

“We are also looking to evolve this industry in a way that benefits not just our customers, but the industry overall. We could have just invested in these additional movies and just shown them to Sky customers. Instead, all of our marketing will drive people to the cinema as well as to Sky. This is about trying to engage not just those customers already into movies, but also about bringing more people in.”

Sky are currently in discussions with governing bodies regarding their sale to Fox, a 39% shareholder in the company, though competition between Sky and Fox for the box office seems unlikely as Sky Movies are set to take on the UK & Irish box office exclusively for the time being.

A Sky Cinema subscription costs £10 per month and can be bought alongside satellite television or the company’s on-demand service Now TV.