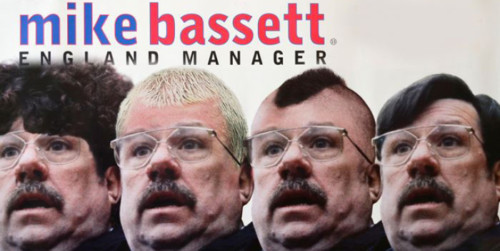 ‘To you football is a matter of life and Death!’
‘Listen, it’s more important than that!’

‘Maybe, I could review a football film or something, you know, cos of the World Cup,’ I mumbled; still delicate from birthday celebrations the day before. In all honesty though, anti-histamine induced drowsiness combined with apathy due to the England squad’s shocking performance in recent World Cup tournaments completely zapped my motivation.

But, whilst basking in the warm sun of a Sunday Afternoon, I witnessed something that almost brought a tear to my eye: England had just absolutely murdered Panama, 6-1. It was the best score by an England team that I had ever seen – this is the kind of match that keeps us hooked onto football, the kind of match that shows us that anything can happen. Maybe even England will break its 52 year wait and win the World Cup again? But regardless of that, it’s the kind of match that will stay with you for a long time and will bring a smile to your face every time you think about it.

So what does Cinema have to offer with regards to this most beloved sport? Has the film industry done the spirit of football justice? The movie that comes the closest, for both English and International football, is Mike Bassett: England Manager, a guilty pleasure of mine (and of the editor’s) which I feel is quite challenging to review due to its peculiar style and its merciless honesty.

It’s the qualifying rounds of the World Cup and England’s manager has suffered a massive heart attack. As such, a replacement must be found immediately. However, the very best of England’s managers refuse to drink from the poisoned chalice, causing the search to resort to sifting through England’s lower leagues. Thus Mike Bassett (Ricky Tomlinson) is forced under the scrutiny of the country’s tabloids as he makes the bold claim that he will lead the England Team to victory in the World Cup final. In Mockumentary style, a fly-on-the-wall type of production crew trail after Bassett as he attempts to achieve this goal, following him from Wembley to Brazil for the World Cup, capturing every moment as the general public go from backing Bassett to baying for his blood.

It seems natural to start with the issues this film has…

As I said earlier, the movie is filmed in the style of a mockumentary. On one hand it is necessary for the film’s purpose as it makes for a devastating satire of English football. But on viewing, the lack of traditional set-up of shots in a normal movie fails to capture all of the action and most importantly the wit; upon repeated viewing I have noticed jokes that passed me by completely the first time I watched it. One of the results of this is the occasional loss of interest as hilarity sometimes ensues in the corner of the eye rather than centre-front. Another major issue that affects the movie’s comedy and tempo is characterisation. From the start, this was gonna be an issue with football squads typically having 23-26 players. In a 90 minute film, not everyone is going to have their time to shine, but as many of the joke set-ups are dependent upon the personality and interactions of the several characters featured in the film, some of the jokes fall flat as there is simply not enough individual exposition. It is these two points which are most damaging to the movie as they are most responsible for its shambolic appearance and rushed pace (as if the script was written in a hurry).

Still the biggest turn-off for viewers (and I do feel a bit silly for saying this) is that it is exclusionist in nature. If you have no clue about football, and have no idea who Maradonna, Pele or Ronaldo are, this film isn’t going to be for you. That said, I would say I boast a modest football knowledge, credited to the fact I’m from the North-East of England which has proud heritage of Premiership football, but some references I didn’t get at all and only realised after substantial post-viewing research. Some of this could be attributed to the movie’s age, as admittedly I was hardly into football when I was 7 (mind you it was the World Cup in 2002 that captured my interest). Unfortunately, a movie of this nature isn’t going to be able to escape from ageing, but luckily, many of the characters and moments it features are so unmistakable they won’t be forgotten from the halls of the history for a very long time.

So does it merits out-weigh its problems? Absolutely!

This is hands down one of the funniest films I have ever seen, and it is all thanks to the deliciously witty writing. Rob Sprackling and Johnny Smith clearly know what they are talking about, watching England play on the international field with a keen eye: their honesty not only creates the most perfect self-deprecating humour, but provides food for thought. Their send-up of the top brass of the England FA as callous money-makers has become more relevant in recent years with investigations into corruption within FIFA and club owner’s exploitation of fans loyalty (*cough* MIKE ASHLEY *cough*). With reality producing the best comedy, many a belly laugh is guaranteed as we see many a familiar face of English Football being lovingly poked fun out of including David ‘Goldenballs’ Beckham, Paul ‘Gazza’ Gascoigne, and Stuart ‘Psycho’ Pearce; but the biggest laughs are saved for us with the nature of England’s fans having the piss royally ripped out of them.

What impresses me the most about the writing is that it does perfectly encapsulate the dichotomy of football and of England herself. They cruelly shine a light on the cold money-making aspect of the FA who avoid the goings on of the Tournament like the plague, and more harshly the often shambolic nature of England’s management – I mean for Christ’s sake, since the Golden Days of Sir Bobby Robson, we’ve worn through 12, and are now on our 13th – but at the heart of the movie is the poignancy felt by every England fan, that yes, it is just a game but it’s a game that brings the whole world together through the joy and love of sport and sportsmanship, and what an honour it would be to win this competition and be at the centre of all that love and joy. No other movie of a rags and riches theme can come close to emulating such emotion as they focus too much on the individual whilst Mike Bassett manages to represent the trials and tribulations of the whole team and nation.

What will bring the biggest smile to your face is the mocking of England herself. As a nation we are obsessed with the World Cup and take ourselves very seriously – I mean how many football songs have we produced over the years? – it’s a little embarrassing. Every year, we try to sneer at our chances with a healthy scepticism, but after the first kick off we are consumed by the burning hope that this year will be the one, another ’66. And as our pride is crushed, we’re left up in arms “What’s this shower of sh*te’s excuse! They play in the premiership! Best football league in the word! Overpaid b*st*rds!!” But, as time passes, my fondest memories of the World Cup is when we are taken the piss out of, Germany’s sly remarks on playing against a real football team after knocking us out of the 2010 tournament is one of the funniest things I have heard. You know what its like when all the family is home together and everyone is taking the mick out of each other, it’s a sense of belonging, and Mike Bassett sets England up for the mocking we deserve from airport fights, drunken shenanigans and grunts of indifference and disdain from the likes of Pele and Ronaldo.

All of Mike Bassett’s farce and emotion wouldn’t be achieved without Ricky Tomlinson’s brilliant performance in the titular role. A true working-class hero, feigning a down-to-earth common sense alongside complete bumbling buffoonery of a man in way over his head. A man of simplicity, like the fictitious English nation, the audience cannot help but to back Mike Bassett as his faith and determination (despite his massive incompetence) convince us that England will reign as champions, a testament to Tomlinson’s utterly convincing performance. But best of all is his comic timing, bringing us all to tears with Rudyard Kipling’s “If” to then deliver the most iconic line in British Cinema ‘England will be playing four-four F*CKING two!’

So long as there is a FIFA World Cup, we need Mike Bassett: England Manager for it is the perfect cure to World Cup years, be it tears of joy or disappointment. It’s time to believe once again, and Mike Bassett can help you to do that.