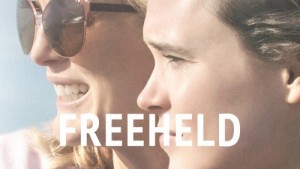 Two weeks ago, I had the chance to attend the premiere of Freeheld in Paris, in the presence of Ellen Page no less. I had been doing a lot of thinking about the movie and about how much it brought to the raging debate on gay marriage. As Ellen Page explained to me, the movie is essentially a love story but also works to present the infinite labyrinth in which these two women had to find a way out to equality. After all, is love not the very essence of life? This is perhaps the first thing that hit me in Freeheld: the foundations of the movie are those we all have and share. Specifically, because everybody has loved at least once in his/her life, this film grabs your heart with two hands and plays an unfair game of rugby with it.

This particular journey presents the true story of Laurel Hester who has stage 4 cancer and Stacie Andree, both standing together against the freeholders of Ocean County to claim Stacie’s right to get her partner’s pension after her death, just as heterosexual couples would; as a detective in the police department, her government pension should go to her legal partner, which is Stacie whom she is in a domestic partnership with. But, since her partner is not a man and since they are not legally able to marry, their request is denied by the freeholders. From there, a human struggle for LGBT rights is about to start.

The scenario is built with a somehow linear but clever chronology. During the movie, nothing lacks and the minutes seem to flow ever so naturally as we are guided through the story with a tense feeling. Knowing that it was based on the Freeheld documentary shot by Cynthia Wade in 2007, we can easily say that the adaptation made by Peter Sollett as director, and Ron Nyswaner for the screenplay, feels deeply respectful and intelligent. Ellen Page, who portrays Stacie, is also co-producer of the movie and has made years of research about the human battle these two women had which, as much of a detail as it seems to be, is a true advantage in the overall treatment of the story, which really skips the ‘romancing’ and ‘hollywood-ing’ part for a ‘stick-to-reality’ approach.

Peter Sollett directed Julianne Moore, Ellen Page, Michael Shannon and Steve Carell with care and managed to create a great balance between humor, tragedy and humanity. When you watch the movie, there is a sadness from the first minute to the last that keeps increasing. But, the cleverness lays in the humor and the quirkiness of some characters, which helps the pathos of the script being processed. Perhaps inevitably, Julianne Moore and Ellen Page hold this story on their shoulders like seemingly no other two actresses could have. Their duality, their love, the fragility of our human rights but also the fatility of cancer all breach through the screen and hurt as much as they impress. The political commitment of this whole movie is just incredibly universal (no matter what your sexual orientation is), because when it comes to life, love and death we are all equal and this film is set to be a reminder of this for everyone.

To conclude, what moved me the most is the necessity of this story in the present day; it was the right time to tell it. So, if you want to see a great movie with a fantastic point, actresses reaching a new level of talent and a story built with cleverness and heart, don’t hesitate to go and see Freeheld. The tears you will shed at the end are so worth it!