High-Rise (2015) and Free-Fire (2016) director Ben Wheatley is to direct an adaptation of Daphne du Maurier’s classic novel “Rebecca” for Working Title and Netflix, with the film today (14th Nov 2018) adding the first names to its cast.

Baby Driver and Mamma Mia: Here We Go Again! star Lily James and Call Me By Your Name star Armie Hammer will play the central couple in the adaptation of the famous mystery novel that was preeminently adapted to film by Alfred Hitchcock in 1940. 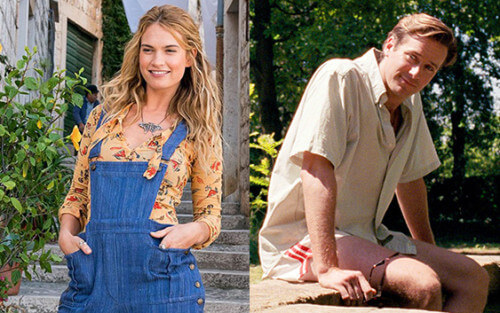 The story of “Rebecca” follows the wife of a newly married couple who finds herself battling the shadows of her husband’s mysterious ex-wife Rebecca upon the couple’s return to his family home.

Rebecca will mark the reuniting of co-star Armie Hammer and director Ben Wheatley who collaborated on Wheatley’s 2016 film Free-Fire.

Stardust, X-Men: First Class and Kingsman: The Secret Service screenwriter Jane Goldman has written the screenplay, while Nira Park will partner with Working Title’s Eric Fellner and Tim Bevan to produce the project.

There is currently no scheduled release date for this film.