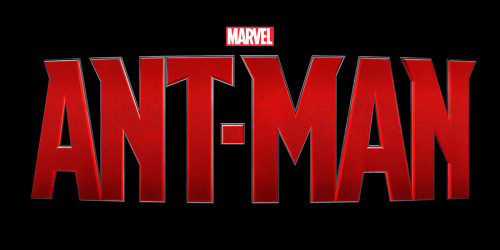 I have to admit that when I first heard that Marvel were adding an Ant-Man movie to their now extensive franchise, I was less than impressed. Out of all the characters they could have chosen; why this one? It just seemed a little too silly for my liking, and even when the trailers were released I had no desire to to give my money to this film. It was not until I had so many recommendations from fellow nerdy film lovers that it seemed impossible for me to miss it, and I am so glad I listened to them. Ant-Man went from being a film at the bottom of my ‘to see’ list to being in my top five Marvel films list… no joke.

In much of the same way as Guardians of the Galaxy did, Ant-Man contributed to adding fun back into the Marvel franchise. It is a film that does not take itself too seriously, and that is what I enjoyed most about it. The script was so clever, so funny and so heartfelt. In my opinion, one of the best things about this film was that they kept the plot small and concentrated; this was never a film about saving the world, it was about protecting what was closest to our hero. The characters never got lost in the plot, and even though the core ideas that drive the film are so farfetched, the characters remain believable, a trait that I believe sometimes gets lost in the main Avengers films. Ant-Man is very much a character driven film which leads me to my next point: the cast.

I can not be the only person that let out a disgruntled noise when it was announced that Paul Rudd was going to be playing a Marvel superhero, can I? He is not exactly the first person that comes to my mind when I think ‘Marvel’, but boy did he prove me wrong! He took that character and made it his own – there was nothing over the top about the way he played Scott – he was witty, likeable, and above all else believable, in his role (which took me completely by surprise). As for the rest of the cast, Michael Douglas was brilliant as Hank Pym (and I will let you in on a secret…I don’t like Michael Douglas in anything), Corey Stoll was a charismatic and beautifully evil villain – such a good choice for that role – but I have to give a special mention to Michael Pena who is a comic genius who steals every scene he is in. He may have had relatively little screen time but he makes a big impact on the enjoyment of the film as a whole.

With any Marvel film you come to expect some great visuals and, again, Antman does not disappoint. The transition from life-size to ant-size and back again is seamless and it did not feel disjointed as I originally thought it would. It also allowed for some very creative ways to film the big action sequences, and that is all I can really say about that without giving away any spoilers. Before going into this, I did worry that Marvel may try just that little bit too hard with the effects, but it actually felt like they scaled everything back just a tiny bit, which gave the overall finished product more of a traditional super hero movie look that was of great benefit to the picture as a whole.

Now I know it may seem like I haven’t got a bad word to say about this film, and don’t get me wrong as far as film criticism goes Ant-Man is not without its flaws and if you are looking for The Dark Knight type of film you are not going to find it in Ant-Man. However, for me personally, as a cinema goer and a lover of all things nerdy and comic book, I loved Ant-Man, and it will definitely go up there along with Guardians of the Galaxy as one of my favourite Marvel films of all time.

Just as a last little note for anyone who is planning on going to see it. Make sure you stay right until the end for both end credit scenes, you won’t regret it.