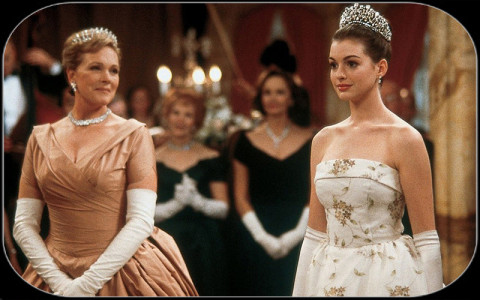 This 2001 film is based on the teen book series of the same name written by Meg Cabot; and who better to bring a modern day Princess story to life than Disney? The Princess Diaries was the debut performance of Anne Hathaway and, together with veteran Julie Andrews, this made for a very strong cast. Now, there is nothing particularly complex of even original from this film, but what it is, is simply enjoyable and fun – it keeps the innocence of any Disney Princess film from the past but brings it into the 21st century. Primarily it is a film for young girls, the typical story of the awkward ugly duckling becoming a swan, but it is also a film about growing up and knowing who you are, and it can therefore be enjoyed by everyone. 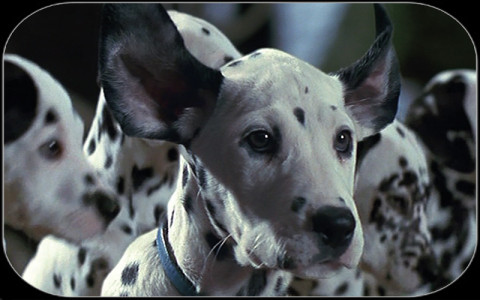 The 1996 version of 101 Dalmatians is a live action remake of the 1961 animated classic. It is a story that everyone knows and loves and with a screenplay by John Hughes, and an incredible cast, not to mention some very adorable dogs. It more than lives up to the original. 101 Dalmatians was one of the first live action remakes from Disney, an idea that has spiraled recently. What really stands out in this film is the incredible performance by Glenn Close as the ultimate Disney villain Cruella De Vil – she plays the part to perfection. The dogs are the main feature of this film however, and the integration between live action and computer animation to give them human like personalities, is almost seamless – a great triumph as this was still new territory in the effects world. The film is clean and fun, and clearly for children, but those who know the story or anyone who grew up with the original will love it too. 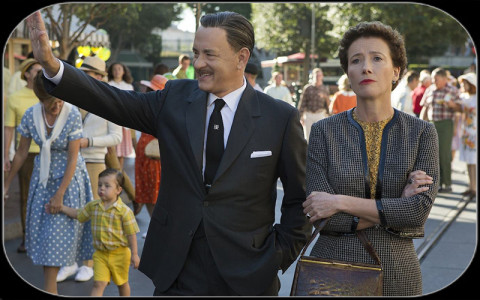 Saving Mr Banks is the emotional story behind the creation of one of Disney’s greatest masterpieces, Mary Poppins. The film centers around the struggle to get the approval from Mrs Travers, the author of Mary Poppins, to bring her book to life. She is reluctant to give up her beloved Mary Poppins because of her personal connection to the story, something we discover throughout the film. The performance from Emma Thomson is incredible and the likeness Tom Hanks has to Walt Disney is uncanny. Let’s face it Walt was going to be a challenge for anyone to play, but Hanks gave it everything he had and completely pulled it off.. However, it’s a surprising performance from Colin Farrell as Travers’ father that steals the show; he is a man who loves his family but can not overcome his personal demons. Saving Mr Banks is beautiful, hilarious and heartbreaking all at once; an amazing film. 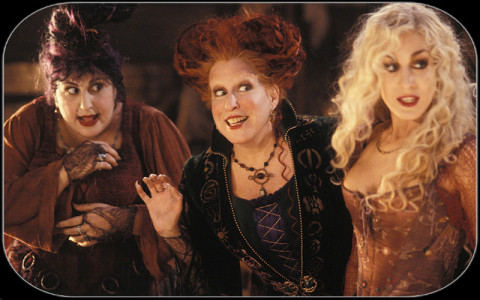 Hocus Pocus is a film I remember being terrified of as a child but has become something I will go back and watch every Halloween without fail. It is a traditional Halloween scary story that has witches, zombies and black cats; everything you could possibly want. It is a magical fairy tale that is comical, charming, funny and creepy, without losing its appeal to children. The three witches are cast perfectly and the two musical numbers, ‘I’ll Put A Spell On You‘ from Bette Midler and ‘Come Little Children‘ from Sarah Jessica Parker are brilliant and haunting. It seems to be one those Disney films that is timeless and will be watched for many years to come. 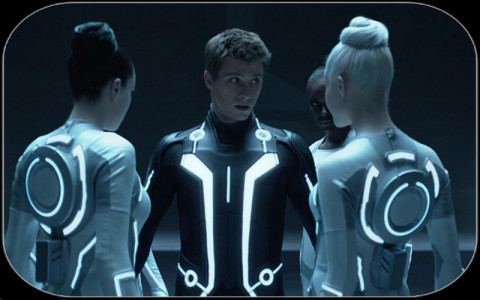 When I first watched Tron:Legacy I was truly blown away. As well as paying homage to the original, it offers something new and fresh from Disney. This film is a spectacle for the eyes, a visual experience that deserves to be marveled at, not to mention that the soundtrack created by Daft Punk is phenomenal. The action sequences throughout the film are outstanding, in particular the bar scene, and the overall look is simply stunning. The story is kept simple so that it still appeals to young kids but it is still strong enough to keep the attention of an older audience. Tron: Legacy was Disney taking a risk by rebooting a cult favourite from the 80’s, but it was a risk that completely paid off; they managed to create something spectacular. Bring on Tron 3. 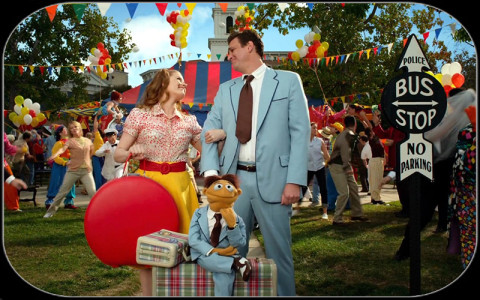 The Muppets is the ultimate feel-good film, and is as much for adults as it is for kids. The jokes are genuinely hilarious, the songs are amazing, and the plot is as fun as it could possibly be. To put it plainly, it is a truly happy film experience. I don’t say this about films very often but The Muppets is pretty much flawless – I can not think of one thing that I dislike about the film. It is filled with nostalgia and has all of the original characters we know and love such as Kermit and Miss Piggy back, as well as being brilliant enough to bring in a whole new generation of fans. The writing from Jason Segal is full of affection and passion for these beloved characters – it is smart, witty and completely heartfelt. Every time I watch this I am unable to stop smiling. 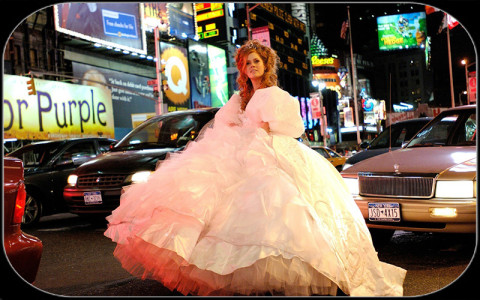 Enchanted is a new and interesting take on the traditional Disney Princess film, merging the world of animation and live action like never before. It as a traditional fairy tale in the modern world. When Giselle is thrust into the world of modern day New York city, it is clear that she will have to make some big adjustments. She is filled with the innocent notions of love at first sight and good always being triumphant over evil, but when she meets Robert she discovers that these notions do not seem to exist in this world. It is not only Giselle that has to adjust to this, but Prince Edward t00, for when he comes looking for her he is confronted with new and strange sights, and it is simply hilarious when this happens. Enchanted is charming, sweet and magical, it will go down as a true Disney classic; a film I will never get tired of watching. 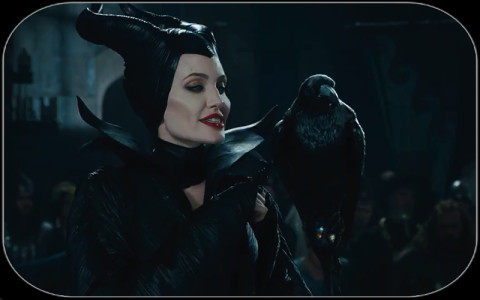 This is a whole different side to the story we thought we knew. Angelina Jolie’s casting as Maleficent was a moment of inspiration, and the supporting cast only strengthen her performance. After seeing this you will never look at Sleeping Beauty in the same way again; it is no longer a black and white good vs evil story, Maleficent gives dimension to a character that was never really explained in the original animated classic. The film was a lot darker than I expected, and the origin of Maleficent’s evil doings is one I did not expect to be explored in a Disney film. It is a story of emotional and physical betrayal, and how someone overcomes that. It is not a simple revenge story, it is far more complicated, it is about rebuilding yourself emotionally and not slipping into darkness. It is about learning to love and trust again, and not in the typical romantic sense. The story is sophisticated and the visuals are stunning, it is not a simple retelling and is potentially a sign of great things to come from Disney. 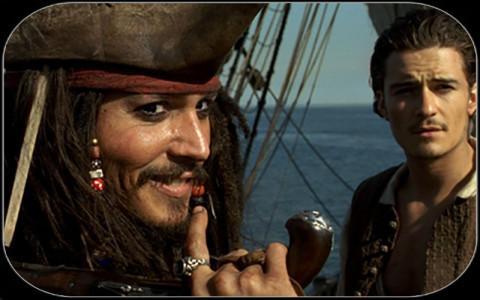 Number 2: Pirates of the Caribbean: The Curse of the Black Pearl (2003)

Much like 2015’s Tomorrowland is based on a section of the Disneyland Park, Pirates of the Caribbean is based on a famous Disneyland ride. I have seen this film more times in the cinema than any other. It is a film that is thoroughly enjoyable – it is full of sword fighting, shouting, and utter mayhem – just what you would expect from a Pirate film with a killer score. Pirates of the Caribbean creates one of Disney’s most memorable and lovable characters, Captain Jack Sparrow, played by Johnny Depp who gives one of the performance of his life. The Sparrow character makes this film what it is; he is hilarious and fun and breathes new life into the notion of being a ‘Pirate’. The rest of the cast stand up well too; the characters are interesting and they all gel together effectively. The magic of Disney brought the beloved ride to life, and now Pirates of the Caribbean: The Curse of the Black Pearl will go down as one of the greatest live-action films in Disney history. 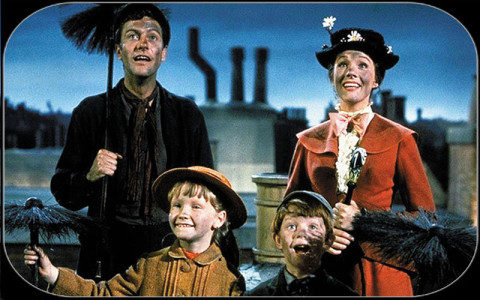 Mary Poppins is a true Disney classic. It is the perfect combination of live action and animation and in its time was something completely new and innovative from Disney. Julie Andrews is the perfect Mary Poppins and truly deserving of her Academy Award. Even though the special effects may now be seen as outdated, the film stands the test of time and is still loved more than 50 years later. It is silly, spectacular and heartwarming, with musical numbers that are simply exquisite, not to mention some of the most memorable in movie musical history. Mary Poppins is magical, charming and has a good message for children and adults, (as explained in Saving Mr Banks) Mary is not there for the children she is there for the father, to bring the family back together and to make him realise that his family is more important than his job or money. It is a beautiful story and a beautiful film that will continue to delight for generations to come.