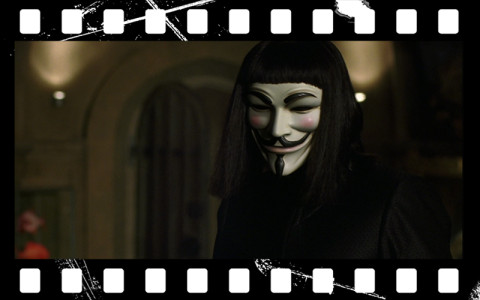 V for Vendetta is the first but not the last comic book movie on this list. However, it’s not your typical comic book movie such as the likes of the Spider-Man series which was circulating around the same time as it deals with much darker themes, and at its centre is a protagonist who is very much an anti-hero. V for Vendetta was not a huge hit but the overall vision of the film has seemed to drum up quite a cult following. It is a highly political, gripping, intense, chilling and visually stunning adaptation of the graphic novel it is based on. It’s a more mature, complex and sophisticated addition to the genre with some superb acting from Hugo Weaving and Natalie Portman, and some outstanding visual effects.

The 10 Greatest Moments of Gunpowder, Treason and Plot in V for Vendetta

Christopher Nolan brought back Batman in 2005 for the first time since Batman and Robin in 1997, and made Batman Begins the first of his incredibly successful Dark Knight trilogy. As was the case with V For Vendetta, this a darker look at the comic book genre after many more colourful adaptations started circulating. Batman Begins is an origin story that covers many of the true to comic book events that you could possibly need without dedicating too much of the film to them; we get all of the important information without it clogging up the plot. This is the first time we see Christian Bale as Bruce Wayne and Batman, and it is clear that this is a very different portrayal of the hero in comparison to what we have seen in the past. The film is excellent overall, but what is most important is that it sets up two even more brilliant films in the series to come. Christopher Nolan certainly puts his stamp on this film and what he created is beautiful.

The 40-Year-Old Virgin was the first big thing to come from Judd Apatow as a writer and director. In some ways, he created a whole new genre of comedy, as from this film many others of a similar nature were spawned with Apatow connected to them in some way. With a very funny cast that is now synonymous with this type of comedy, and writing from both Apatow and TV-comedy icon Steve Carrell, it was a huge hit in 2005. Steve Carrell, and the likes of Paul Rudd and Seth Rogen, proved that they were the new faces of comedy in this film and have since then gone on to star in some of the funniest films of the decade. 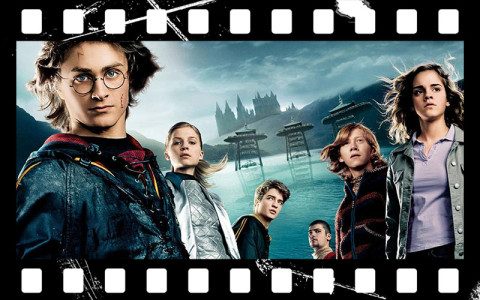 Number 7: Harry Potter and the Goblet of Fire

The Goblet of Fire is the fourth instalment in the Harry Potter series. They managed to do a pretty good job of adapting this to film without it feeling rushed. It is at this point in the series that the story starts to get a lot darker and grittier; the characters are now starting to grow up and, appropriately, more grown up themes are introduced. Our heroes now have to deal with the situations they face in a much more adult way. It is also at this point where the overall story, running throughout the entire series, really gets going and we become more involved. It is a transition point for the films, the characters, and the audience, as each one becomes more developed. Harry Potter is not only one of the biggest and best films of 2005, but was so for every year that a new instalment was released.

Possibly one of the finest performances from the late Philip Seymour Hoffman is in this critically acclaimed 2005 film. So much so that he went on to win the Academy Award for Best Actor in this very role. Based on the life of author Truman Capote, as he develops a relationship with a killer he is researching for a crime novel, Capote received universal praise upon its release in 2005. Where the story and cinematography are is excellent, it is Hoffman’s performance that elevates this film to a higher level of success. In Capote, Hoffman cements himself as one of the acting greats as he captures every characteristic of this person perfectly. The film is moving and interesting, and Philip Seymour Hoffman is truly captivating. 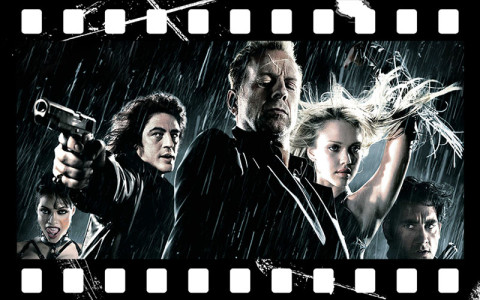 Sin City was released at a time when comic book movies were really picking up steam and were at the forefront of the box office. Sin City broke comic book movie conventions in every way as it was gritty and disturbing, and was completely for adults. Already a highly popular graphic novel, this was the film that grown up comic book movie lovers were waiting for. Robert Rodriguez and Frank Miller did not just make a film adaptation, they completely captured the essence of the graphic novel and they brought these characters to life in a way that any fan would be proud of. Sin City is smart, sexy, stylish and violent, with an all star cast, seamless directing, and stunning cinematography.

Jarhead is one of the 2000s’ best war films. If you are expecting a war film with action-packed scenes, a fast-paced plot, and a ton of explosions, then Jarhead may not be the film for you – it is a very realistic depiction of modern warfare and is not a story of good vs bad; it is a representation of trying to live a life within war – it defies all expectations and shows something true to life. Some criticisms of this film at the time of its release were that it had no message or political stance, but that is the point of Jarhead; it is purely a film about the characters and how they deal with being a marine. The cinematography is spectacular and the characters are interesting and captivating, and this is mainly down to the brilliant casting. 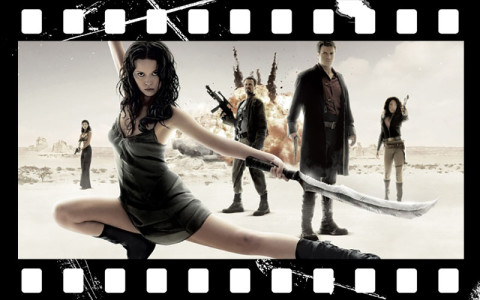 Serenity is any sci-fi lovers dream, especially to those who were fans of the TV show ‘Firefly’. Where this is a film completely for the many disgruntled fans of the TV show, it also brings in non-fans with its action packed story and incredibly likable characters. Nathan Fillion’s Captain Malcolm Reynolds leads his band of outcasts on a western adventure in space; what is there not to love about that? It is a far more human story than you may expect from a sci-fi film, where the characters are strong and intelligently thought out – even if you had not been familiar with the characters from ‘Firefly’, they are so well developed in Serenity that the film could stand very well on its own. Although it has a lot of action, Serenity never seems to lose sight of the plot; the script is amazing and the cast give some incredible performances. Joss Whedon did an excellent job of giving the Firefly fans the ending they so desperately wanted and created an incredibly well rounded sci-fi film that anyone could enjoy. 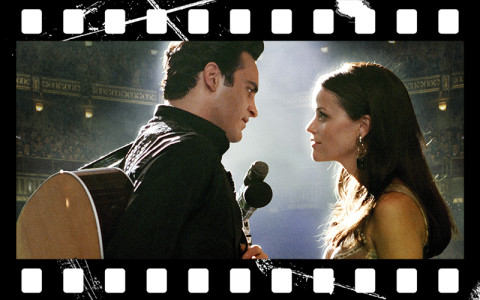 This multi-award winning film depicts the life of rock music legend Johnny Cash, with outstanding performances from Joaquin Phoenix and Reese Witherspoon. The film was given the label ‘Oscar Worthy’ well before its release, and sometimes when this happens it is hard to believe the hype, but with Walk the Line the label was completely accurate. Joaquin Phoenix transforms into Johnny Cash, in a way that no one thought possible – the unique thing about Cash was his look and his voice there was no one else like him, yet Phoenix embodies him so comfortably. Even with this performance, Reese Witherspoon still manages to steal the show with her portrayal of June. The word to describe Walk the Line would be ‘satisfying’, as you will not walk away from this film feeling cheated or disappointed. It is a movie all about the characters, and when the characters are people in real-life we are so familiar with, it is important that they shine on screen in the way that they do in Walk the Line. 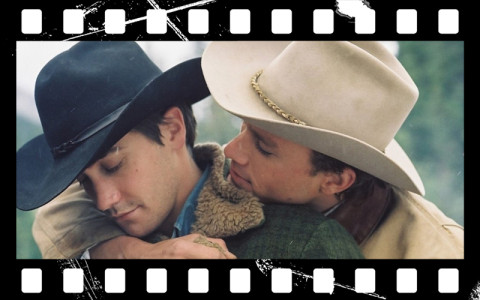 An absolute masterpiece from Ang Lee, with unforgettable performances from Jake Gyllenhaal and Heath Ledger, and a beautiful story, Brokeback Mountain is the best film of 2005. In many cases films fail to transcend the controversy that surrounds them, but that was not the case with Brokeback Mountain, nor was it trying to be controversial to begin with. It is a poignant look at the notion of unexpected love that is all-consuming and makes you question who you are; the fact that it is two men is irrelevant. Every moment is there to make you feel and there is never a wasted frame. It is honest and raw, and poetic to its core. There are no tricks and no illusions in this film, it is just natural and beautiful. It is rare that we come across a film like this and it is one that will stand as a great film for a very long time. Number one: Brokeback Mountain.