Keep him out of the light. Do not give him water. And never, ever feed him after midnight.

There are just three rules Billy (Zach Galligan) has to follow when he is gifted a Mogwai named Gizmo (voiced by Howie Mandel) from his mother Lynn (Frances Lee McCain) and father Randall (Hoyt Axton) for Christmas. After getting to grips with his new pet, a splash of water lands on Gizmo, spawning five more Mogwai’s. Instead of Gizmo being in the company of fellow cute creatures, the pack is led by an evil Gremlin known as Stripe (voiced by Frank Welker), who is hellbent on reeking havoc.

Gremlins has become an absolute staple across the entire movie board. Whether its festive frights or laugh out loud shenanigans, Joe Dante’s 1984 film truly has it all.

In this Movie List from The Film Magazine, we’re counting down the very best of this family film night staple, looking at the most exciting, most funny and most moving side-by-side to decipher the 10 Best Gremlins Moments.

Gizmo has become one of cinema’s most beloved creatures. The tiny stature, fluffy coat, and button nose are what make Gremlins the classic that it is.

Gizmo’s introduction may not bear the same intensity as the rest of the film, but it is the moment in which we immediately become invested and attached. When Billy first lays eyes on Gizmo as he peaks out of the box, it would be easy to assume that Gremlins is an easy made-for-tv family movie, little did we know that Gizmo’s introduction is the first in a long line of absurd events.

Gremlins had a major issue with censorship boundaries. Many scenes were cut, including the death of Lynn, which would have shown her decapitated head tumbling down the stairs to land at Billy’s feet. Instead of that pure nightmare fuel dominating the screen, producers stepped in to create the now beloved PG-13 favourite.

Somehow director Joe Dante managed to keep some disturbing elements intact, such as the seemingly out-of-place scene involving Kate (Phoebe Cates), Billy’s love interest, telling the daunting story of how her father’s corpse was found lodged in a chimney after a Christmas surprise went wrong. The abrupt image is a brief snippet into the dark underbelly of Gremlins that could have been. 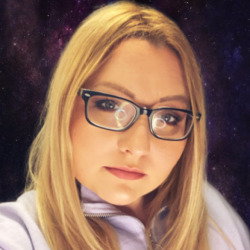 Grace Britten
Contributor at The Film Magazine
I’m a film theory postgraduate with a love for all things horror.