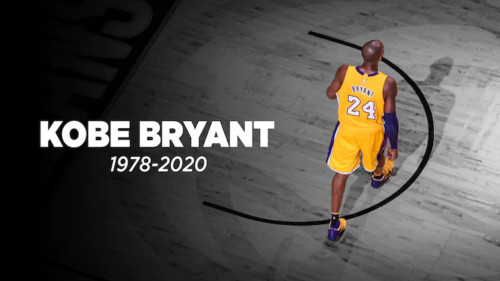 I never envisioned myself mourning the death of Kobe Bryant, and not just because his death was so unexpected. I hated Kobe and the Lakers for years. Kobe played the game like he was the only one on the court. He was always shooting, no matter what situation he found himself in. He joked in his final game,“the thing that had me cracking up all night long was the fact that I go through 20 years of everyone screaming to pass the ball, and on the last night they’re like, ‘Don’t pass it’!” That game felt like an encapsulation of his career, with 60 points on 50 shots from the field, and another 12 free throw attempts.

It’s that mentality to keep shooting, keep trying, that caused the hate to grow into respect. In the latter stage of his career, Kobe was a staple in the NBA. Every player from LeBron to Norm Powell revered him, and modeled some facet of their game after him. Kobe began publicly challenging players to improve themselves. He tweeted out hilarious and cryptic quotes that served as endless meme material. The Mamba Mentality, his personal philosophy that focuses on demanding excellence from and continuing to push yourself, became an inspiration to me and millions of others. It’s that kind of thinking that gets me into my office chair to write snarky reviews of crap horror films, and makes me strive to expand my knowledge of film in general.

Kobe retired in 2016, but he wasn’t done dominating yet – he also wanted to become an icon in film. He studied Joseph Campbell, and practiced writing stories on the Lakers plane for 15 years. His retirement was announced with the poem Dear Basketball, which would become the basis for his Oscar-winning short film. The poem shows Kobe’s unrelenting drive, but it also shows a softer side. He was a highly motivated basketball player, attacking and making the most of every day; he was also someone with a simple passion, and completely in awe of what the sport of basketball had helped him achieve. Kobe had said he wanted his next 20+ years to be even greater than the last, and it’s such a tragedy that we won’t get to see the products of his hard work and talent recognised.

Kobe’s passing becomes even worse when you consider how many NBA greats are still alive. Wilt Chamberlain, Moses Malone, David Stern and Pete Marovich were massive losses for the sport, but they don’t feel the same to a certain segment of fans. Those of us who grew up watching Kobe take over as Jordan’s successor – and saw him pass the torch of greatest player on the planet to LeBron – see him as an enigma on the level of Wilt. Kobe’s status has long been permanently cemented as one of the greatest to ever play the game, and it’s hard to imagine not seeing him at his Hall of Fame induction; to never see another interview, tweet, or film. He accomplished more in 20 years than many of us ever will, and he somehow had more to give. It’s not a basketball film, but The Sandlot has an incredible quote on the legacy of sports figures: “Remember kid, there’s heroes and there’s legends. Heroes get remembered but legends never die…”

There’s a reason so many outlets, basketball-related and otherwise, are writing tributes. Kobe had an incredible impact around the world, across fields, borders and languages. His name is synonymous with basketball, and his legend will never die.