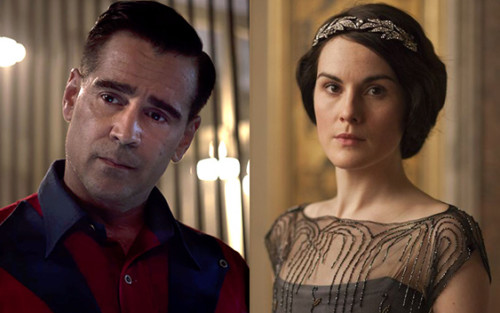 Dockery has been brought on board to replace the outgoing Kate Beckinsale as the wife to an unnamed character set to be played by Matthew McConaughey.

The movie, being developed under the Miramax banner and said to be similar to Ritchie’s earlier works Lock, Stock and Two Smoking Barrels and Snatch, will tell the tale of a man (McConaughey) who wants out of selling marijuana after developing a drug empire.

Hugh Grant has also been revealed for the cast as a photographer looking to blackmail McConaughey, while Henry Golding will play a Vietnamese gangster. Jeremy Strong is also a part of the cast. Farrell will play a Mixed Martial Arts trainer.

Toff Guys was co-written by Ritchie, Marn Davies and Ivan Atkinson. It has yet to be given a release date.

Guy Ritchie’s next move Aladdin is due for release on 24th May 2019.