Metro-Goldwyn-Mayer (MGM) known for producing the James Bond and Rocky franchises, were recently acquired by Amazon in a deal that cost $8.5 billion. The production company have now made their first major play since the merger, picking up worldwide distribution rights to Luca Guadagnino’s latest film, Bones and All.

Timothée Chalamet will reunite with Guadagnino, after his Oscar-nominated turn in Call Me By Your Name as the disenfranchised drifter Lee. The film will co-star Taylor Russell (Waves, Escape Room) as Maren. Filling out the cast are Mark Rylance, André Holland, Jessica Harper, Michael Stuhlbarg (also returning from Call Me By Your Name), Halloween director David Gordon Green, Francesca Scorsese and Chloë Sevigny. 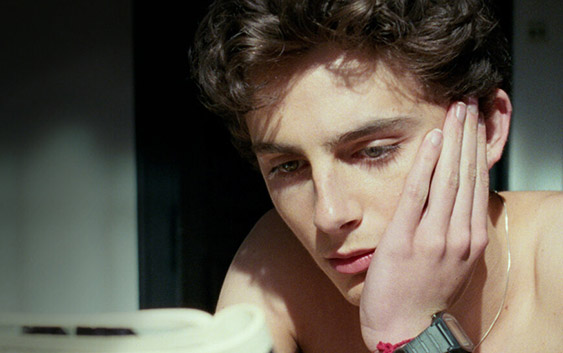 The film, being penned by Guadagnino’s long-time collaborator David Kajganich (Suspiria), explores the first love between Maren and Lee as they travel across America to find the former’s father. Maren hopes to discover why she has the desire to kill and eat the people that love her. Set against the backdrop of Reagan’s America, the film seems to be a mixture of classic road trip movies, like Jerry Schatzberg’s Scarecrow, with a sprinkling of Julia Ducournau’s Raw.

“Since his earliest days, Luca has been obsessed with movies, which makes him a kindred spirit to us both. We have long admired his devotion to the kind of cinema that is both admired and passionately discussed by moviegoing audiences. He is the rare filmmaker whose two-decades long career has spanned countless genres and subjects, and throughout he has remained true to his unique vision. We are equally thrilled to be working with Timothée, Taylor, Mark and this outstanding ensemble cast whose work in Bones and All will be a must see on the big screen.”

This enthusiasm is shared by Guadagnino who is quoted as saying:

“I am delighted that MGM, a studio that so clearly loves filmmakers and respects bold vision, is going to bring my movie into the world and that the amazing work of Timothée, Taylor, Mark and the rest of the cast will be seen in theaters. Bones and All could not be in better hands with Kevin Ulrich, Mike De Luca and Pam Abdy at the helm. I am truly proud to be associated with the iconic lion that has roared at the start of so many of my favorite films over the decades.”

While no release date has been given, the film has wrapped filming in Ohio. Deadline are reporting that the film will not be ready in time for this year’s Cannes Film Festival in May, so the film will likely debut later in 2022.