Locke (2013)
Director: Steven Knight.
Starring: Tom Hardy, Olivia Colman, Ruth Wilson.
Plot: One man with the perfect career and a perfect family is about to put it all on the line with a series of phone calls in a matter of hours. 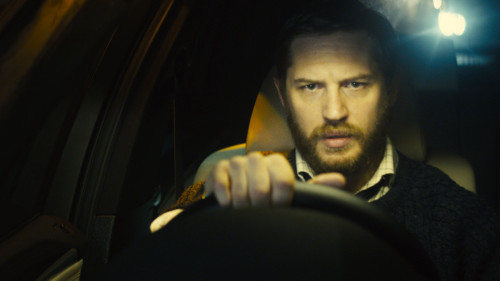 “When I left the site just two hours ago I had a job, a wife, a home and now I have none of those things, I just have myself and the car that I’m in”

Locke is a film about one man, Ivan Locke (Hardy) who is at the peak of his construction management career on the eve of one of the most important moments of his career. At home waiting for him are his wife and two sons, all eagerly waiting for his return to spend a family evening together, but Ivan Locke is about to put all of this on the line.

The film follows Locke in a car journey down a British motorway as the most pivotal moments in his life are negotiated over the phone. In a short space of real-time, Locke jeopardises his career and family all for one thing and does so because, as he repeatedly states, it’s ‘the right thing to do’ as he is desperate not to repeat the past mistakes of his father. This ultimately means he is more focussed on being a good person and doing the right thing than he is on perhaps, the more important and relevant things that make him who he is.

Locke truly is a thriller like no other; intensely gripping and an anxiety inducing spectacle to watch that leaves you more concerned and involved in Ivan Locke’s matters than your own. But, why is it so captivating? What is it that helps it trump over most other thrillers for intensity? Locke seemingly happens in real-time; it’s not fast paced, nor is it particularly energetic, but it flows well and maintains a steady, but very real pace. Locke simply deals with relatable stress, problems, and issues, that are very real in normal lives and the film does it all in a realistic and believable time frame. We’re not watching someone who’s in trouble with the mafia, or someone who’s committed murder, we’re watching a normal guy driving down the motorway in a lot of very believable trouble. These aren’t events that happen far away, or strictly in films, this is something that happens to people every day, people we know, or perhaps even ourselves.

Not only are the issues in Locke believable and down to earth, but just like in real life, there is no ‘quick solution’ or plan to solve everything and make everything OK by the end of it. With each and every issue, there is a brief moment of potential solution, but with every one of these, there are two more problems concurred. Locke is alone in his car, with only the phone, which he knows cannot solve his problems, he accepts this and as a consequence has to face and deal with them as he drives his car. These are situations we can all relate to, being stuck in a situation at work, or with your friends and family; what do you do? Perhaps often asking yourself ‘what did that character do in that film?’ Locke takes a refreshing look at that scenario and shows that sometimes there is nothing you can do. Sometimes you just have to embrace it, deal with it and do the right thing.

The film is written and directed by Steven Knight (Redemption, 2013). Knight does a superb job of creating an environment where a man is forced to embrace his problems and deal with them. Locke’s prison is his car; this is where he must face his problems, this is where he is sentenced and judged for his actions. Knight doesn’t show us anything besides this. The world outside Locke is nothing but roads and other cars, further alienating Locke from anything and everything besides his situation. Knight also uses this claustrophobia to generate sympathy for Locke, truly illustrating how the character is doing the right thing regardless of how bad the situation is; he isn’t running away from his problems, he is actively facing them on his own and that is an admirable trait. Knight also stays clear of a soundtrack, using only the ambient sounds of a monotonous car journey down the motorway and the sound of a ringing phone, to drown out the silence between Locke’s thoughts.

Hardy also gives a breathtaking performance in the lead role. He is the only actor we see in the film and therefore our eyes are on nothing but him. His flawless Welsh accent along with his timing and reactions come across so genuine and frighteningly realistic that it makes it almost impossible to pay attention to anything else. Furthermore, when you consider Hardy has to react to these situations via a voice, rather than face-to-face with another person, it gives even more credence to Hardy’s skill as an actor. He makes the character Locke his own, showing his versatility and once again proving that he is undoubtedly one of the best actors alive today.