You probably know by now that I’m really into German cinema, and in today’s article I’ll be suggesting some good German war films for you to watch. It’s not a ranking nor an exhaustive list, so I’ll be giving you just a glimpse of what German cinema has produced in the war film sub-genre in recent years. 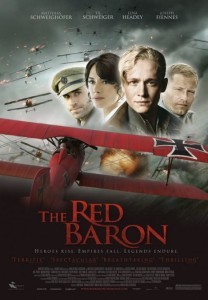 It is the story of the famous German pilot Manfred Von Richthofen who bravely fought during WWI. The film is loosely based on his true story and it boasts an international cast – including Joseph Fiennes for example – and some great acting. The music composed by Dirk Reichardt and Stefan Hansen is beautiful and it always makes me emotional when I listen to it. Lena Headey gives a remarkable performance as Käte Otersdorf  and her chemistry with Matthias Schweighöfer is undeniable. I really enjoyed watching this film and I hope you will as well. 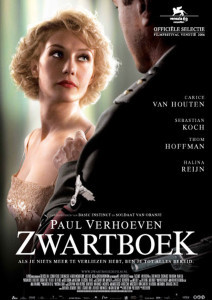 Black Book is a Dutch WW2 drama directed by Paul Verthoeven starring Sebastian Koch, Carice Von Houten, Tom Hoffman, and Halina Reijn. It tells the complex story of Rachel Stein, a Dutch-Jewish woman, from 1944 until 1956.  If you know Carice Von Houten you must watch this film. Her performance was marvellous and she and Sebastian Koch were a very good choice together as the two leads, there’s also a little glimpse of Matthias Schoenaerts as a minor character. Verthoeven here gives us what can truly be considered as a masterpiece. I know it isn’t a German film but I simply couldn’t leave it out. 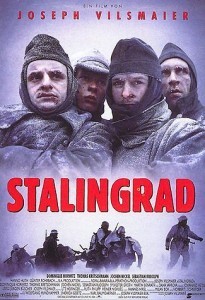 It is unlikely that you haven’t heard about this film because it’s a very well known German WW2 drama and I personally think it is actually one of  the best examples of the lives of German soldiers on the Eastern front, and of German Cinema in general. In 1942 a German platoon is leaving Italy to go to the Russian front, their Leutnant (Lieutenant) is Hans von Witzland (Thomas Kretschmann) who is introduced to the platoon just before leaving. He’s a kind-hearted young man whose thoughts are constantly on his fiancée back home. I loved this film and I probably would watch it all over again but it’s a tear-jerker so you’ll have to be in a good mood to watch it. I’m sure you won’t regret it; it’s a must-see film. 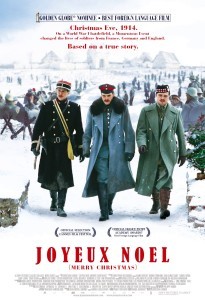 The story is set during the Christmas truce of 1914 and it shows German, French and British soldiers fraternizing amidst the cruelty and tragedy of war. The film inspires reflection on what life on the front was like, on soldiers’ feelings, and on the futility of war. The truce, an event that though much debated is historically correct, makes the resumption of the conflict all the more senseless. The cast is stellar: Benno Fürmann, Daniel Brühl, Diane Kruger, Gary Lewis, Alex Ferns and Guillame Canet. All the actors deliver a brilliant performance and I literally cried during many scenes of the film. Another masterpiece that you can’t miss.

Das Boot is most certainly a film you shouldn’t miss. It is considered a masterpiece and one of  the greatest German films of all time. Empire Magazine ranked it #25 among “The 100 Best Films Of World Cinema” in 2010 and it was critically acclaimed. If that’s not enough to convince you to watch it, then may I mention that the cast was outstanding, I was completely immersed in the story, and it all seemed so real. Among the cast there are many famous German actors like: Jürgen Prochnow as the U-Boot 96 Captain, who also starred in many US films and is internationally known, Herbert Grönemeyer as  Lt. Werner who is also a musician. The story revolves around the Captain and his U-96 crew’s fictional adventures during WW2 and it is an adaptation of  a novel of the same name by Lothar-Günther Buchheim.  I highly recommend it as it’s an acclaimed film and a real masterpiece for its technical achievements and acting performances.