‘The Mindy Project’ and Live By Night star Chris Messina has joined the cast of the upcoming DC Comics adaptation from Warner Bros., Birds of Prey.

The upcoming film, which has the long-form title Birds of Prey (and the Fantabulous Emancipation of One Harley Quinn), will star Margot Robbie as Harley Quinn in the lead, with Ewan McGregor already announced as the movie’s villain Black Mask. 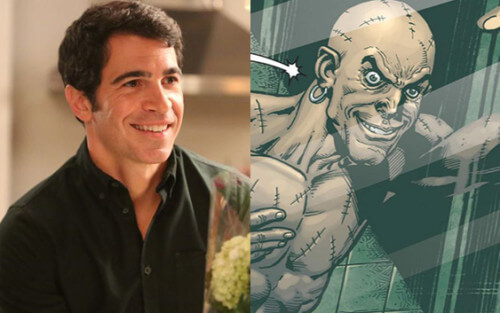 According to The Hollywood Reporter, Chris Messina is set to play famous villainous figure Victor Zsasz, a striking serial killer who scars himself to tally the number of his victims. Anthony Carrigan played the character in TV series ‘Gotham’.

Messina joins the cast after the long-rumoured John Leguizamo dropped out, though reasons for Leguizamo’s departure are unknown, as is the size of Messina’s role.

Birds of Prey is set to be directed by Cathy Yan (Dead Pigs – 2018) and will co-star Mary Elizabeth Winstead and Jurnee Smollett-Bell as Huntress and Black Canary respectively.

Birds of Prey (and the Fantabulous Emancipation of One Harley Quinn) is set for release on 7th February 2020.