When Matilda’s mother finally wins big at bingo, she takes the whole family out for a meal at the Ritz. Zinnia tells her husband, Harry, to take off his hat inside the restaurant, but he can’t. Unbeknownst to him, Matilda put super glue on the inside of the brim in retaliation for learning that he super-glues stolen parts to the cars at his garage. Zinnia struggles to pull off his hat until she rips off the brim, sending both of them stumbling into the tables of the other diners. Menus, cakes, and forks catapult into the air and whilst a small tart lands neatly in front of Matilda, another dessert falls with a splat in front of her brother.

This moment is a perfect example of the quick wit and slapstick that characterize DeVito’s and Perlman’s comedic styles. Both Harry and Zinnia are abhorrent caricatures that we love to hate, so we can’t help but laugh and cringe as they endure this public embarrassment. The chaos is magnified by the film’s cinematography and editing as DeVito intercuts quick-paced action with sweets floating slow-motion over everyone’s heads. It’s a glorious moment of campy comedy and victory for Matilda at her horrid parents’ expense.

Miss Trunchbull finally gets the retribution she deserves when she marches into Miss Honey’s class and accuses Matilda of sneaking into her house. Suddenly, the Venetian blinds flap open and closed, creating a strobing effect and casting severe shadows over the classroom. A piece of chalk floats into the air and writes a threatening note to Trunchbull from Miss Honey’s father, Magnus, saying, ‘I will get you like you got me.’ Extreme close-ups of Matilda’s fixed stare indicate she’s behind this clever prank. Then, she sends the chalkboard erasers zooming around the room to attack the callous principal. Finally, Trunchbull crashes to the floor in a cloud of chalk dust.

DeVito’s expressionistic camera angles and chiaroscuro lighting in this scene bring the film’s climax to life. Through canted angles, extreme close-ups, and the eerie sound of children reading Magnus’s threat aloud, the director once again evokes a proto-horror tone that reflects Trunchbull’s sheer terror. However, the children’s laughter and Matilda’s mischievous grin evoke the film’s overall whimsy and comedy so we can enjoy this moment of triumph and cheer as the abusive villain is defeated.

This moment is an archetypal underdog victory. Like David, Matilda finally vanquishes her Goliath. Throughout the film, cruel adults have told her, ‘I’m big and you’re small and I’m right and you’re wrong, and there’s nothing you can do about it.’ Here, she proves them all wrong. Despite her youth and small stature, she has intelligence, confidence, and strength, not to mention her telekinetic powers. Matilda shows us that when you believe in yourself, have friends to support you, and fight for good, you can overcome any obstacle.

This unadulterated belief in magic and the ability to dream big might make us nostalgic for simpler times. But as we grow up, it’s a good reminder once in a while.

Recommended for you: 10 Best Films of All Time (According to a 9-Year-Old Girl)

Which moment from Matilda (1996) do you consider to be the best or most memorable? Celebrate this iconic family release in the comments below, and follow @thefilmagazine on Facebook and Twitter for more insightful movie lists. 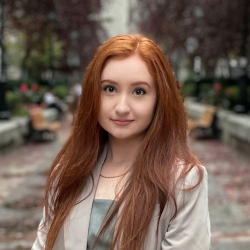