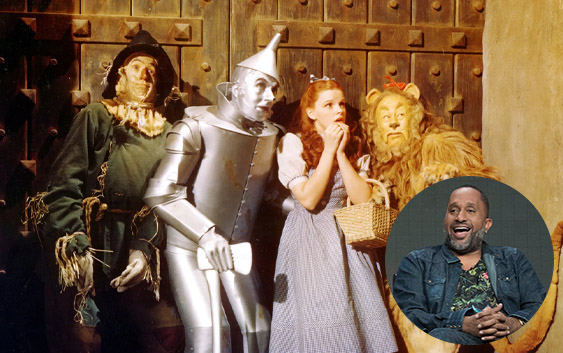 Golden era classic The Wizard of Oz (1939) is to be remade at Warner Bros, with ‘Black-ish’ creator Kenya Barris already contracted to write and direct.

The project is, according to Deadline, set to be a modern reimagining of the timeless technicolour masterpiece that starred Judy Garland as a young girl transported to a magical land of witches and wizards.

Though little is known about the project at such an early stage in its development, it is confirmed that Kenya Barris will write, direct and produce the film through his label Khalabo Ink Society. Sheila Walcott will act as executive producer on behalf of Warner Bros.

Barris, known primarily for his work on ‘Black-ish’, has acquired a number of writing credits over the past half decade, including: Girls Trip, Shaft, The Witches, Coming 2 America and Cheaper by the Dozen. Fans of the original Wizard of Oz will be hoping that this next project can prove less divisive than these films, the majority of which have come under criticism for poorly reimagining/rebooting popular films/franchises.

As a director, Barris is yet to make his feature debut. That will come in the 2022 release of his original comedy You People. The film, co-written by Jonah Hill, will follow a new couple tackling cultural clashes, societal expectations and generational differences. You People will star the likes of Eddie Murphy, David Duchovny and Julia Louis-Dreyfuss.

Other upcoming Kenya Barris projects include a writing credit on the remake of White Men Can’t Jump.