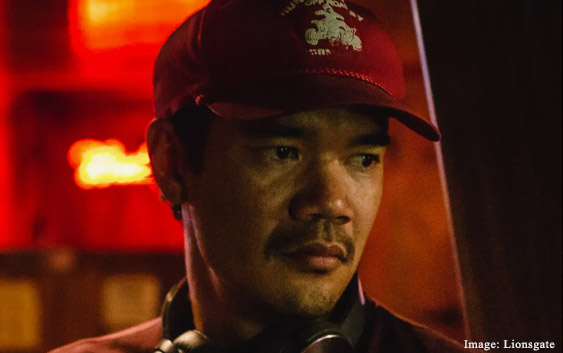 Following its announcement at the 2022 San Diego Comic-Con, the next Marvel Avengers film has found its director. Destin Daniel Cretton, who previously directed Shang-Chi and the Legend of the Ten Rings, will helm the superhero team-up set for 2025.

Not much is known about the film, other than the title: Avengers: The Kang Dynasty. According to The Hollywood Reporter, Kang is to be the new Big Bad of the Marvel Cinematic Universe, taking over from Thanos. Jonathan Majors (Da 5 Bloods) will portray the interdimensional conqueror, having already appeared in the ‘Loki’ Disney+ series. He will reportedly be present for 2023’s Ant-Man and The Wasp: Quantumania.

Before joining the Marvel banner, Cretton directed smaller films including Just Mercy and Short Term 12. His 2021 comic book genre debut introduced skilled martial artist Shang-Chi to the MCU. Shang-Chi starred Simu Liu in the titular role, with supporting appearances from the likes of Awkwafina and Tony Leung. Shang-Chi was a commercial success and received positive reviews, and the director is expected to return to write and direct a sequel.

Cretton follows the same trajectory as MCU royalty the Russo brothers. Anthony and Joe Russo began their time at the studio with the standalone film Captain America: The Winter Soldier and were later upgraded to helm the two highest-grossing films in the franchise: Avengers Infinity War and Avengers Endgame. Since leaving Marvel, the Russos have directed the Tom Holland-led Cherry and 2022 Netflix Original The Gray Man starring Chris Evans and Ryan Gosling.

Avengers: The Kang Dynasty was announced alongside a slew of other projects at SDCC, including the full Phase 5 line-up. Highlights include the third instalment in the Guardians of the Galaxy franchise (5th May 2023), Captain America: New World Order (3rd May 2024) and the return of Charlie Cox’s Daredevil in a new Disney+ series titled ‘Daredevil: Born Again’ (Spring 2024).

Marvel Studios president Kevin Feige also teased phase 6, which will kick off with a Fantastic Four reboot (8th November 2024). Avengers: The Kang Dynasty (2nd May 2025) will be the first part of a one-two punch intended to close off phase 6 and the Multiverse Saga as a whole. Six months later, the sixth Avengers film will hit theatres in the form of Avengers: Secret Wars (7th November 2025). No director has been announced for this project yet. While many are championing for the Russos to return, Feige told Deadline that the brothers were not involved. Feige also confirmed that phase 4 will come to an end with 2022’s Black Panther: Wakanda Forever.