Singer-songwriter, and star of Moonlight (2016) and Hidden Figures (2016/17), Janelle Monáe has joined the cast of Disney’s latest live-action remake Lady and the Tramp. 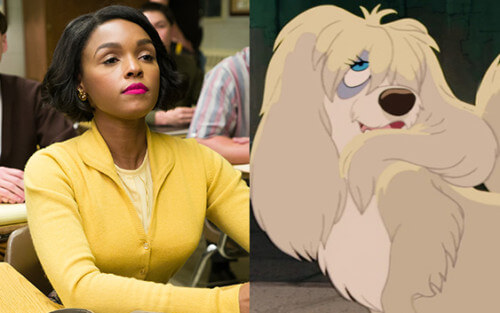 Janelle Monae in Hidden Figures (left), Peg from Lady and the Tramp (1955)

The movie, which is set to debut on a new Disney streaming service set for 2019, is being directed by The Lego Ninjago Movie director Charlie Bean and has been written by Andrew Bujalski.

There is currently no confirmed release date for this film.