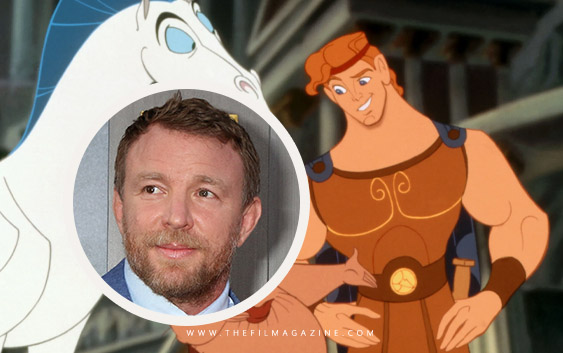 After a number of years away from the franchise machine making the likes of The Gentlemen and Wrath of Man, famed Lock, Stock and Two Smoking Barrels director Guy Ritchie will return to the big budget studio realm for another live-action adaptation, this time for a new take on Disney’s Hercules.

Teaming with Disney and Avengers: Endgame directors Joe and Anthony Russo (via their production company AGBO), Ritchie will be charged with bringing Disney’s fantastical take on ancient Greek myth to life for a new generation.

Shang-Chi and the Legend of the Ten Rings screenwriter Dave Callaham is set to adapt the screenplay which is a musical tale of an unlikely hero (Hercules) saving Olympus from the God of the Underworld. It is unclear if this adaptation will be also be a musical.

This Hercules film will be the latest in Disney’s long run of live-action adaptations. Though there has been a mixed bag released thus far – some like The Lion King being billion dollar hits and others like Lady & the Tramp being direct-to-streaming offerings – it is expected that the creative team assembled for this project will produce something worthy of theatrical exhibition.

There have been fourteen live-action remakes or spin-offs to original Disney Animation films released since 2010, with two further films slated for release in 2022 (Pinocchio on 8th September and Peter Pan & Wendy). This list includes Cinderella (2015), The Jungle Book (2016), Beauty and the Beast (2017), Dumbo (2019), Mulan (2020) and Cruella (2021). Should Hercules follow expected release trajectory, it will arrive in cinemas following live-action Jungle Book and Lion King follow-ups, as well as the first live-action adaptations of The Little Mermaid and Snow White and the Seven Dwarfs.

This story was reported by Deadline 17th June 2022.