Two more major 2020 blockbusters have been removed from this year’s release slate, with Disney announcing that Free Guy and Death On The Nile will follow the likes of Tomb Raider 2 and Wes Anderson‘s The French Dispatch out of 2020, each without a designated new release date. 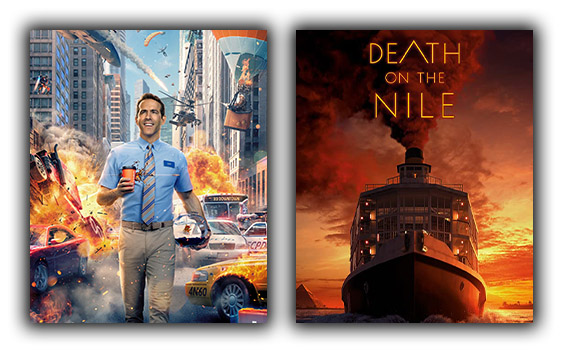 Both films fall under Disney’s new 20th Century Studios banner, created after the Disney-Fox merger. Free Guy, which stars Ryan Reynolds (Deadpool, The Hitman’s Bodyguard), tells the story of a man who discovers he is a background character in a video game. Death On The Nile is a sequel to 2017’s Murder on The Orient Express and is based on the Agatha Christie novel of the same name. Both films were scheduled to be released during the festive period, with the former set for 11th December and the latter a week later on the 18th.

This decision was likely made following the announcement that the UK, and other major territories, would return to a full lockdown. Unlike other Disney properties, such as upcoming Pixar film Soul, the studio did not opt to release these features on their Disney Plus streaming service, though this and a release via alternative streaming services such as the Disney owned Hulu remain options for both films.

This leaves Warner Bros’ Wonder Woman 1984, slated to release on Christmas Day, as the only remaining blockbuster still on the 2020 calendar. However, many have speculated that this will also move due to the increased closure of theaters worldwide.