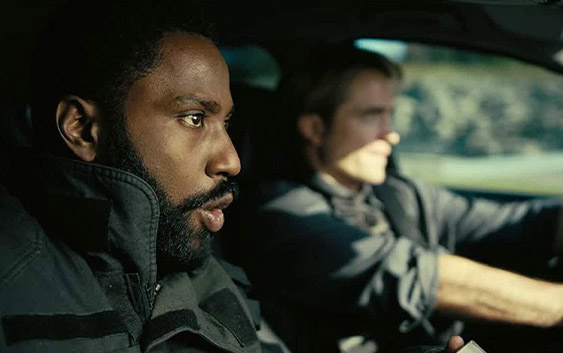 According to the studio’s latest schedule update, the time-bending blockbuster, starring BlackKklansman’s John David Washington and Good Time’s Robert Pattinson, is set to move away from the traditional method of day and day worldwide release and instead be introduced to individual markets as and when cinemas in those markets re-open.

The new action/sci-fi hybrid will be introduced to 70 “international markets” (countries outside of North America) on Wednesday 26th August. Among the countries included is the United Kingdom, where a number of cinemas have re-opened in the wake of relaxed lockdown rules.

In North America, Warner Bros. have guaranteed a September 3rd release (a Thursday) in advance of Labor Day weekend, but may be restricted in some of the United States’ most profitable cinema-going cities should current lockdown rules remain in place, New York City and Los Angeles among them.

While a staggered release is far from ideal for Warner Bros in an increasingly intimate world where spoilers are shared online and bootleg copies of new releases make their way to the internet just as fast, the news of Tenet’s relatively imminent release is sure to boost the exhibition industry which was dealt a series of monumental blows last week, including Tenet’s initial delay and Disney’s choice to indefinitely delay the release of their Mulan remake.

This new schedule looks set to encourage major cinema chains the world over to re-open with Tenet as their top billed attraction, while it could also put pressure on government restrictions in the United States to re-open to the exhibition of film in the cities that remain more strict in their governing of the ongoing crisis.

With an all-star cast being directed by one of the world’s premier directors, Tenet has long been seen as the large blockbuster the film exhibition industry will pin their re-openings on, August 26th (Sept 3rd, North America) now firmly in their sights.