Crazy Rich Asians (2018) stars Awkwafina and Michelle Yeoh are in talks to reunite as central characters on the cast of a new inter-dimensional action movie from the directors of 2016 comedy Swiss Army Man. 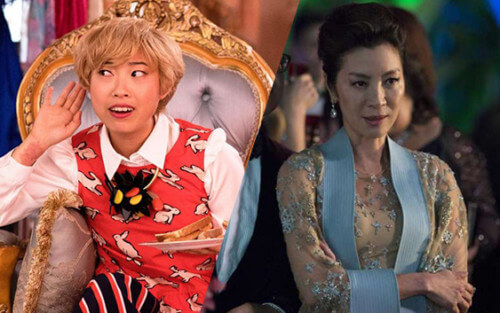 Dan Kwan and Daniel Scheinert, co-directors known as “The Daniels”, sprung onto the cinematic stage with their effervescent story of a lost man (Paul Dano) befriending a flatulent dead body (Daniel Radcliffe) in one of 2016’s breakout independent comedies and are now setting their sights on the action genre under the tutelage of Avengers: Infinity War (2018) directors Anthony & Joe Russo, who will producing the film under their banner AGBO.

The project which will be titled Everything Everywhere All At Once and will be co-produced by The Daniels’ producing partner Jonathan Wang with Mosaic’s Josh Rudnik acting as executive producer. The potential casting of Awkwafina and Yeoh is the first major news from the new film since its announcement.

Awkwafina is currently on somewhat of a hot streak having starred in Ocean’s 8 earlier this year, a film that quadrupled its $70million budget with a worldwide taking of $291.8million, and is currently in cinemas with Crazy Rich Asians, a picture that has already tripled its $30million budget to a $93.5million box office gross in just over two weeks. Yeoh, who co-stars on Crazy Rich Asians, is currently a central figure in ‘Star Trek: Discovery’ and has been a prominent figure since bursting onto the scene in Western culture with Crouching Tiger, Hidden Dragon back in 2000.

Details on a potential release date are unknown at this time.