As Zack Snyder’s Justice League hits streaming this week, news of a new DC Comics film adaptation has surfaced. Deadline are reporting that Warner Bros. and DC are in the early stages of developing an Hourman film.

Chernin Entertainment look set to produce the project, marking the company’s first foray into the superhero genre. Chernin are best known for co-producing the successful reboot of the Planet Of The Apes series and, more recently, Oscars Best Picture nominee Ford v Ferrari. 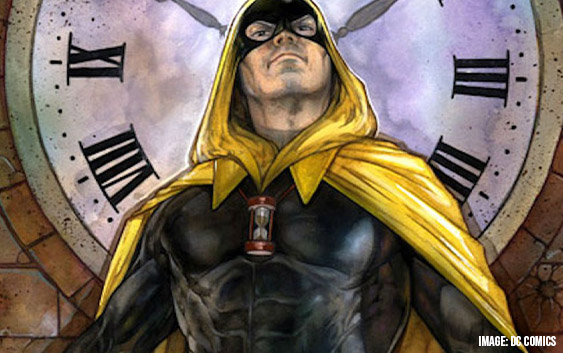 Penning the script are writing duo Gavin James and Neil Widener. Whilst neither James or Widener have written any mainstream projects before, they both have filmmaking experience. James was part of the additional crew for Tom Hooper’s Les Misérables. Widener, on the other hand, has multiple projects lined up in addition to Hourman, including Now You See Me 3 and The Rock star vehicle San Andreas 2.

Hourman debuted in Adventure Comics #48 way back in 1940. The character, created by Ken Fitch and artist Bernard Baily, has no innate superpowers but instead uses a self-developed drug known as Miraclo which grants him super-strength, enhanced speed and endurance for one hour at a time. Like many other superheroes, multiple characters have donned the mantle of Hourman. The first is Rex Tyler who developed the Miraclo drug. His son, Rick, took over the mantle after him. The character has explored some mature themes, such as addiction, as both Rex and Rick became addicted to taking Miraclo for a time.

Hourman made his live-action debut in CW’s ‘Legends of Tomorrow’, portrayed by Patrick J. Adams. Other versions of the character also appeared in the ‘Stargirl’ live-action series. It is unknown which version of the character the film will follow and no casting announcements have been made as of yet.

This news follows the recent announcement that Angel Manuel Soto (Charm City Kings) is now attached to direct the upcoming Blue Beetle film. Both films focus on lesser known characters in the DC universe, home of pop culture icons such as Batman and Superman. Hardcore comic book fans will be pleased to hear that the studio is shining a light on these more obscurer characters too.

This is a big week for DC Films, with the long awaited Zack Snyder’s Justice League finally being released. The almost mythic film is a newer version of Joss Whedon’s Justice League (2017) with Zack Snyder returning to helm the project after tragically leaving the original production. Ahead of the new release, The Film Magazine ranked all of the films in the DCEU. On top of this, be sure to check out how we rank Zack Snyder’s filmography here.