Danish actor Mads Mikkelsen is currently in talks to replace Johnny Depp as the villainous Gellert Grindelwald in the next installment of the Fantastic Beasts franchise. Grindelwald is the main antagonist in the new Harry Potter spin-off series and briefly appeared in Harry Potter and The Deathly Hallows Part 1. 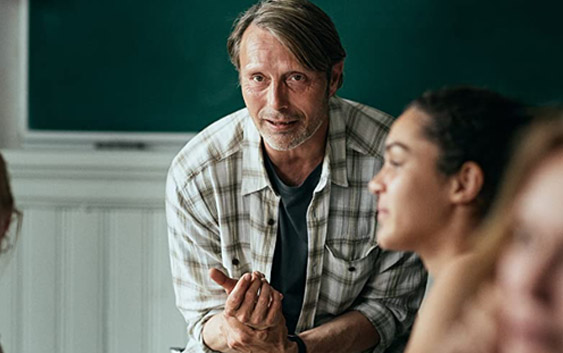 Mikkelsen recently earned critical acclaim for his starring role in Danish drama Another Round.

This news follows Johnny Depp’s departure from the series, which he announced last Friday via an Instagram post in which he revealed that studio Warner Bros. had asked him to resign. Depp, known for iconic roles such as Sweeney Todd and Captain Jack Sparrow, lost a legal battle against a British tabloid for libel after they had published a story claiming that he had beaten his ex-wife Amber Heard (Aquaman).

Mikkelsen is director David Yates’ top choice according to Deadline. The actor has appeared in multiple blockbusters in recent years, such as Rogue One: A Star Wars Story and Doctor Strange. He has a plethora of smaller films under his belt too, including the critically acclaimed The Hunt and A Royal Affair, as well 2020 BFI London Film Festival Best Picture winner Another Round. Mikkelsen is also well known for his role as Le Chiffre in Casino Royale and the titular role in NBC’s ‘Hannibal’. He is set to appear in the upcoming sci-fi film Chaos Walking.

Fantastic Beasts 3 was initially schedule to be released on 12 November 2021 but has since been pushed back to 5 July 2022.