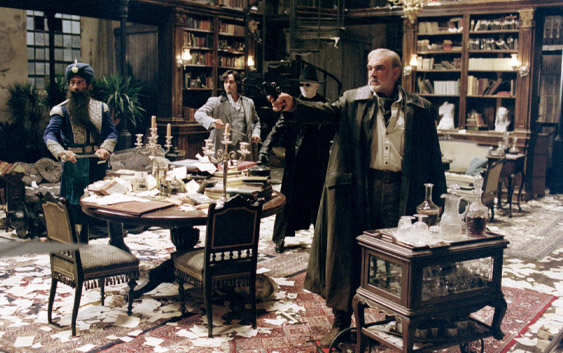 A reboot of Alan Moore’s beloved comic book series, “The League of Extraordinary Gentlemen”, is officially in the works at Twentieth Century Studios, The Hollywood Reporter reports.

Justin Haythe has been tapped to pen the script. His credits include Revolutionary Road (nominated for a BAFTA Award for Best Adapted Screenplay), A Cure For Wellness and Red Sparrow. Don Murphy, who produced the previous adaptation, will return to produce this one too, with sources indicating a much more faithful adaptation.

Written by Alan Moore (V For Vendetta), and drawn by Kevin O’Neill, the original comics debuted in 1999 and quickly became one of Moore’s most beloved works, winning the Bram Stoker Award for best illustrated narrative and an Eisner Award for best limited series. The story is a superhero-like team-up between Victorian literary characters such as Mina Murray (“Dracula”), Dr. Jekyll (“Strange Case of Dr. Jekyll and Mr. Hyde”), and Allan Quatermain (“King Solomon’s Mines”), as they fight the likes of Fu Manchu (“Fu Manchu” series) and Professor Moriarty (“Sherlock Holmes” series).

The first attempt to adapt the series for film came in 2003. Starring Sean Connery, and directed by Stephen Norrington (Blade), the film earned a lukewarm $179million against a $78million budget and was panned critically. The film was intended to spawn a franchise for 20th Century Fox but the negative reaction killed any momentum on that front. It is famous for being Connery’s final live-action role before retiring. Norrington never directed a feature length film again, and the franchise was left untouched.

Given the dense nature of the 20-years-long comic run, it is surprising Twentieth Century Studios have opted for another film adaptation as opposed to a series. The recent success of similar projects such as ‘The Umbrella Academy’ and ‘The Boys‘ have suggested that longer form entertainment may be the way to go with this type of source material, but it remains to be seen how this League will play out.

The current release plan is for the film to stream on Hulu in the United States, which means it will debut on Disney Plus in the UK. 20th Century Studios have yet to confirm a release date.